Salah in the British Museum 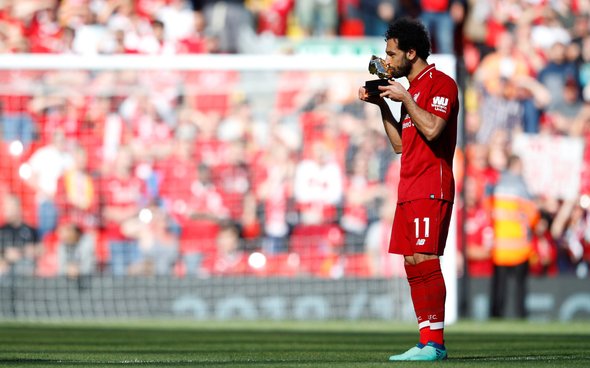 The British Museum became the first national public museum in the world when it was founded in 1753. When it opened its doors, free admission was granted to all ‘studious and curious persons’ and the number of visitors to the museum have continued to grow over the years.

Today, nearly 6 million people visit the British Museum every year but its probably not the top attraction on the ‘to do’ list for football fans.

There are many fascinating exhibits in the British Museum, which is located on Great Russell Street in London. Coins and medals, prints and drawings and conservation and scientific research all have their place in the British Museum but football fans may be interested in seeing the latest edition to the Egyptian collection.

Known for housing the largest collection of Egyptian objects outside Egypt, including a 5,000 year old sand-dried mummy, a more modern item has been added to the collection.

Mohamed Salah is arguably the most famous Egyptian on the planet right now. His performances for Liverpool this season have been incredible and he has developed into one of the world’s top footballers.

Not only has Salah taken Liverpool to the Champions League final this season, he has won several personal awards, including the Premier League Golden Boot award for finishing the season as the top goal scorer.

Salah broke the record for the number of goals in a 38 game season and led Egypt to their first World Cup finals since 1990. His goal scoring exploits have no doubt led to an increase in boot sales for Adidas, who currently supply Salah with his football boots and fans around the world will be keen to wear them and try and reproduce his goal scoring feats.

However, thanks to the Egyptian collection in the British Museum, it is now possible to get up close to a pair of football boots worn by the man himself.

Salah’s boots will go in display in the British Museum’s Egyptian collection in the run up to Liverpool’s Champions League final match against Real Madrid.

Exhibit keeper Neal Spencer spoke about the inclusion of Salah’s boots in the collection and said, “The boots tell a story of a modern Egyptian icon, performing in the UK, with a truly global impact,” before continuing, “This acquisition builds on our recent project to acquire objects to tell the story of day-to-day life in 20th and 21st century Egypt.”

The inclusion of Salah’s boots in the British Museum highlights just how important he has become to Egypt and their fans will be looking forward to seeing him in action during the 2018 World Cup finals. If Salah can lead Egypt into the knockout stages of the tournament for the first time in their history, who knows what they will add to the museum collection next.