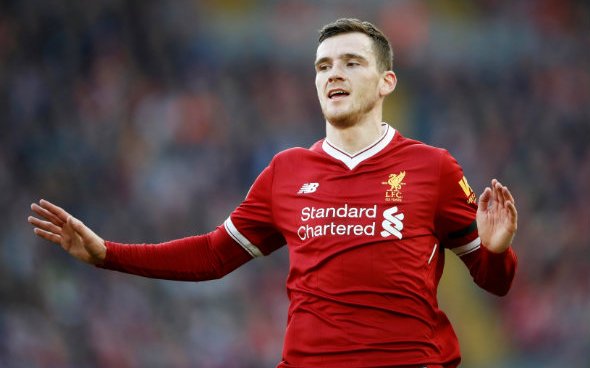 The Reds signed the Scotland international for £8million last season and he has gone on to become a fan favourite at Anfield, but Klopp has now claimed he hesitated before signing him after Hull’s relegation.

Speaking to Goal, Klopp said: “Robbo we had a long think about. There were not 20 clubs who wanted Robbo. A left-back getting relegated and then coming here?

“It was clear that he needed time, but he took the time, he used the time and now, if I was to sell him I would have more than 20 clubs wanting him. People would pay much more than we did now!”

It is not necessarily surprising to hear that the club took their time in deciding whether to sign Robertson last summer. The Scotland international was in impressive form for Hull throughout the season, but the Tigers’ relegation made a move for the left-sided flyer slightly more risky. There are very few instances where a player from a relegated side joins one in the top four, and the club had to be sure they made the right decision. Initially it actually looked like they’d made a mistake with Robertson failing to make an impact at Anfield, but an unfortunate injury for Alberto Moreno opened the door for the Scot, who has not looked back since. The £8million move has proved to be a stroke of genius from Klopp and the Reds recruitment team, and hopefully Robertson, who is a huge favourite on the terraces at Anfield, can help the team kick on even more this coming campaign.