Keeping Sturridge is risk worth taking 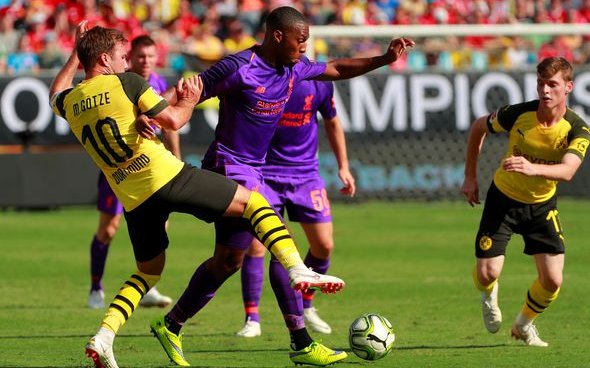 Liverpool boss Jurgen Klopp is set to offload several players before the transfer window shuts on the 9th of August, but striker Daniel Sturridge is not set to be among that number.

As reported by the Liverpool Echo, Klopp is prepared to keep Sturridge around for the final year of his £120,000-a-week contract with the 28-year-old impressing in pre-season so far.

The regional newspaper claim that Klopp is willing to run the risk of losing the England international on a free transfer next summer after Sturridge showed brilliant application and determination to get back to fitness.

Considering Sturridge’s horrific injury record throughout his career this is a massive risk from Klopp, but it is one that is definitely worth taking at this point in his contract.

The final year of Sturridge’s deal is set to cost the club around £6.2million in wages, which is a small price for them to pay should Sturridge remain fit and begin to fire.

In a game of such fine margins, the ten goals or so that Sturridge may contribute next season could be gold dust for Liverpool as they seek to challenge Manchester City for the Premier League title.

If the club were to sell Sturridge now instead, it is not likely that they would get a very big transfer fee considering his injury-plagued loan spell at West Bromwich Albion last season.

The benefits clearly far outweigh the costs in this situation, and they may grow even further if Sturridge does stay fit, with the possibility of the striker signing a new deal at the club.

All in all it is a risk which makes perfect sense for Klopp and Liverpool at this moment in time, and it will be interesting to see the pay off as the season progresses.