Liverpool should move for Diego Godin after legend’s advice 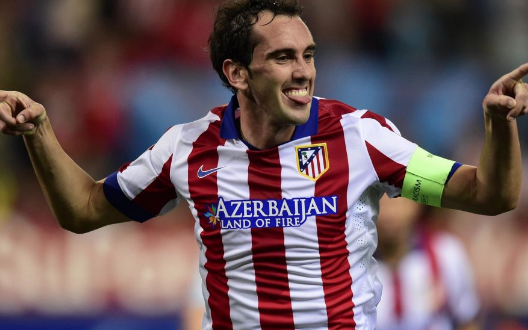 Liverpool have had successful transfer window so far, but another centre-back to partner Virgil Van Dijk is a must in order to complete the puzzle.

Kop legend Steve Nicol has told ESPN [from 0.36] that Liverpool should consider moving for the 6″1 (source: Transfermarkt) powerhouse, stating that “he has a couple of seasons left in him and is an out-and-out defender who can organise a defence.”

Based on this advice, Liverpool should make a move for the Uruguay international to partner Van Dijk in defence if they are challenging for the title next season.

Most world-class sides are not complete without a stable defence, and the 32-year-old is just the player to help them achieve that label.

Godin has been a mainstay in the Atletico defence that has established itself as one of the most solid units in Europe during Diego Simeone’s continued reign of seven years, and he has clearly displayed the attributes that Liverpool need – the ability to organise and remain tight on the opponents’ attackers.

The captain of Los Rojiblancos was an integral figure that helped his team to the the La Liga title in 2014, as well as proving essential during their Champions League runs in 2014 and 2016 that saw them finish as runners-up.

He may not be the youngest or quickest defender in Europe, but he is certainly capable of bringing that extra bit of experience to a top-level team like Liverpool in the Premier League.

The Reds need a player of vast experience and calibre like Godin, as their defence is relatively young with the likes of Van Dijk and Trent Alexander-Arnold playing important roles.

Now the club need to make a swoop for Godin in order to provide them with that extra quality to link up with Dutch giant Van Dijk and transform them into rock-solid title contenders.