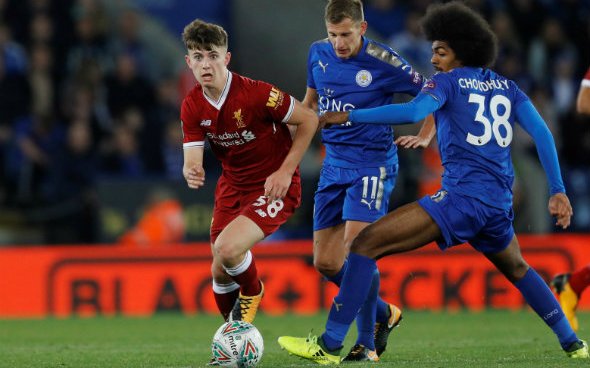 The future of several academy youngsters has been a big talking point at Liverpool this summer, with Wales international Ben Woodburn no exception.

The 18-year-old, who shot to prominence after becoming Liverpool’s youngest-ever goalscorer in 2016, was among those pushing for a first-team spot under Jurgen Klopp.

It has however been decided that the winger will now head out on loan to the Championship next season, and as reported by The Times, is now set to join Sheffield United.

The newspaper claim that Blades manager Chris Wilder managed to sway Liverpool and Woodburn with his pitch for the Wales forward amid interest from Championship rivals Aston Villa.

Liverpool are notoriously tough on their loan exits, with the club known to demand guarantees from the loan club on first-team minutes for their players, with fines forthcoming should those not be met.

Wilder has obviously provided the club with such assurances, and the signs are looking good for Woodburn to have a breakout season in south Yorkshire.

The Blades have not been up there challenging in the Championship since there return from League One, but that is set to play into Woodburn’s hands at Bramall Lane.

Their squad is far thinner than a team like Villa’s, and Woodburn should be able to play a starring role for the club once he is settled.

Another promising aspect is the Blades’ tendency to play attacking football, with Woodburn thriving in teams who like to play the ball around and push forward.

Heading somewhere like Villa, where the focus is not necessarily on attack, would have been far from ideal for the 18-year-old, who will be given licence to throw himself forward in Sheffield.

All in all this looks to be a brilliant deal for both player and club, and Liverpool will hope to see Woodburn come back a more rounded player following his year in the Championship.