Ante Rebic would flourish at Liverpool 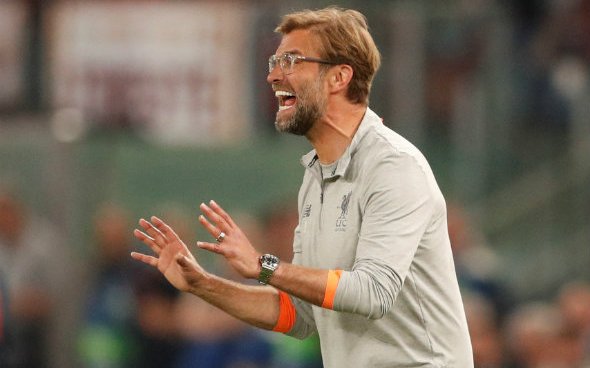 Liverpool’s attack is already stunning, with the likes of Mo Salah, Roberto Firmino and Sadio Mane leading the line.

But you can always improve andJurgen Klopp’s side could do with an extra winger to take the pressure off the favoured three – and they should seriously consider a swoop for Ante Rebic, who has recently joined Bundesliga outfit Frankfurt.

The Mirror reports that Manchester United are plotting a move for the Croatian flyer if their bid for Chelsea’s Willian falls through. But Liverpool should take advantage of their dawdling and pounce for him themselves.

A squad capable of winning the Premier League needs depth in all areas and the addition of Rebic would be perfect in achieving that aim.

Like his Croatian compatriots, Rebic is a master at passing the ball effectively and has the ability to open up defences with his wide play.

He was one of his country’s standout players in this summer’s World Cup, playing just off Mario Mandzukic as they reached the final for the first time.

Rebic can replicate this style of play at Liverpool, a club who could help him develop in to a even more technically gifted player.

He will thrive playing in the environment of the Premier League and the club’s star man will undoubtedly appreciate the level of service he will be provided with.

He’ll also chip in with even more goals – he netted nine in Germany last term.

Liverpool need to gain an edge on their rivals and this is the perfect way to do that – he will push them closer to the holy grail of the Premier League.