Liverpool handed boost as Christian Pulisic is up for sale 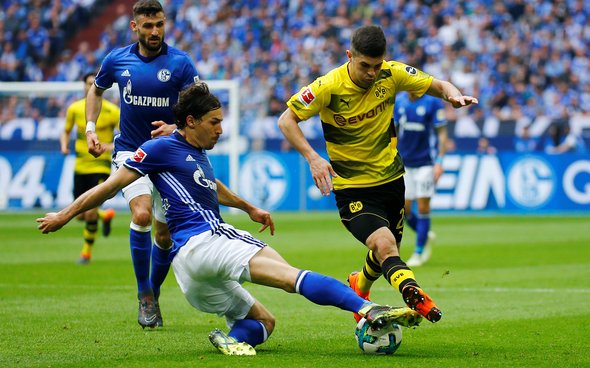 Liverpool are not short of attacking talent amongst their ranks, but they have been handed a major transfer boost in their pursuit of Borussia Dortmund winger Christian Pulisic.

The Daily Mail have reported that the Bundesliga club are willing to sell their right-sided playmaker this summer, and are expecting to receive £65 million for his services.

This has alerted the Reds, who have identified the 19-year-old as a transfer target, along with the likes of league rivals Chelsea and Real Madrid.

However, Liverpool need to sweep them aside in light of this news, as he could provide the extra attacking threat that could make their frontline look lethal.

The United States international has two years remaining on his current contract in Germany, but boss Jurgen Klopp has demonstrated that the club are more than capable of meeting high asking prices, and this pursuit is no different.

They have the ability to out-bid the other interested parties, and should not be afraid of pulling out all of the stops in order to bring him to Anfield.

Pulisic is a skilful midfielder who would bring that extra touch of creativity, especially in the final third where it matters most, providing the essential support that Mo Salah needs to be at his best.

The fact he is only 19 and is attracting the interest of some of Europe’s best clubs goes to show what a sublime prospect he is, having set the game alight for both club and country – he was the youngest player to score in a World Cup qualifier for the USA at the age of 17.

He is young, but has vast amounts of experience in the Bundesliga and the Champions League, an asset that would prove to be of great use to a top-six side like Liverpool.

Now Klopp must take advantage of the fact that Dortmund have approved his sale, and swoop for the young American ace.