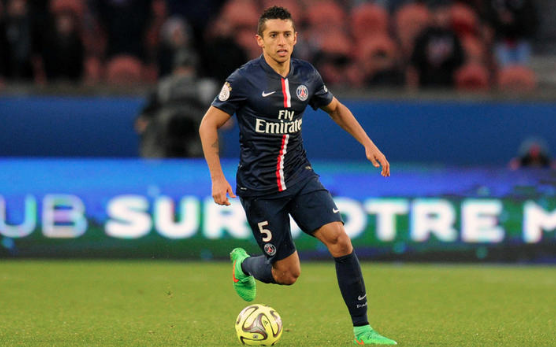 Liverpool will undoubtedly mean business this season after their last campaign saw them finish short of Premier League champions Manchester City and runners-up in the Champions League to Real Madrid.

Boss Jurgen Klopp will obviously be targeting the title as one of his number one priorities – but in order to do that, he needs a fully-complete team without any gaps.

Paris Saint-Germain centre-back Marquinhos is currently on the radar of league rivals Manchester United according to Paris United, but the Reds must swoop for the six foot (source: Transfermarkt) enforcer themselves to provide the perfect partner for fan favourite Virgil Van Dijk.

The defender moved to the Ligue 1 giants in 2013 after impressing for Roma in Serie A, and has since gone on to make 130 appearances for the French outfit, as well as winning a number of trophies.

He is not the tallest of centre-backs, but he is commanding in central defence and would create the perfect partnership with the Dutchman.

Dejan Lovren has not been hugely consistent for the Reds and it is pivotal that Klopp finds a suitable replacement for him – and Marquinhos fits the bill down to a tee.

His playing career for a major club in France like PSG indicates the vast amount of experience he has at the highest level, especially if he is at a club that has won a number of league titles and plays regularly in the Champions League.

Klopp will appreciate that sort of calibre very highly, as a player who has experience in these types of competitions is just the sort of signing that Klopp needs to make.

Manchester United will not back down easily, but it is vital that the German coach makes a swoop for Marquinhos in order to have two commanding figures in his back line.