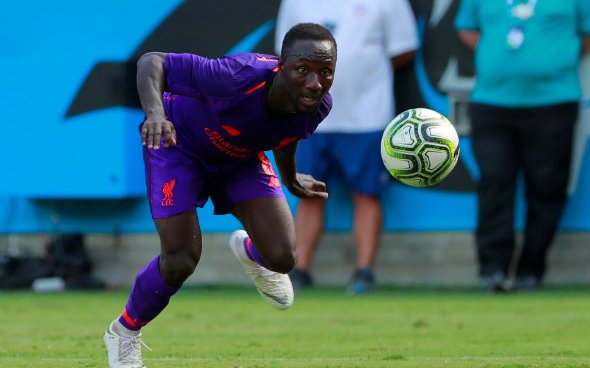 Ex-Liverpool star Peter Crouch heaped praise on Naby Keita and shared that it would be interesting to watch the midfielder play for his former side in their upcoming campaign.

The current Stoke City attacker, who played 135 times for the Reds, shared that he faced Keita in a pre-season friendly last summer and was very impressed with what he witnessed.

“We won 2-1 but I came away thinking what a good player he was, so fast and dynamic.

“Liverpool needed something extra in midfield and he will give it to them.”

Keita arrived at Anfield this summer after the Reds confirmed in August 2017 via their official website that they had agreed a deal with RB Leipzig in order to bring him to the club in 2018.

Crouch’s verdict is very promising as he seems to believe that Keita is the player capable of completing the Reds midfield. The former Liverpool forward has witnessed the 23-year-old perform first-hand and it seems that despite him only facing him once, he made a very memorable impressing on the attacker. Hopefully Keita delivers the goods in his debut season as he does look like the player capable of being the bite to back up the Reds’ bark next season which could help his side lift the Premier League trophy ahead of Manchester City. Keita was believed to have eventually cost Jurgen Klopp’s side £52.75million (Source: Liverpool Echo) and that is a huge price-tag to live up. The 23-year-old midfielder is powerful and has a no-nonsense nature when it comes to his style of defending so will be able to dominate the midfield battle for his side if he settles into life at Anfield smoothly.