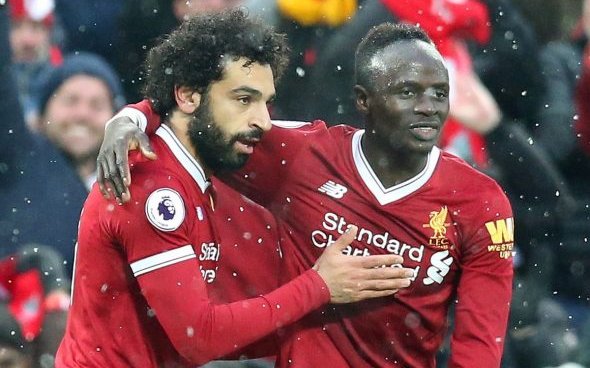 Real Madrid reached out to Liverpool attacker Mohamed Salah about him joining their club this summer but the player’s representatives emphatically rejected the idea, according to El Pais.

The popular Spanish newspaper states that new Madrid boss Julien Lopetegui asked for Salah to be signed in order to replace Cristiano Ronaldo but that it was made it clear that he wasn’t departing Anfield anytime soon.

El Pais report that after his intermediaries were conclusive with their response, the Reds attacker went on to sign a new long-term contract with the Merseyside giants.

This is the sort of news that Reds fans will love to hear as it shows where Salah’s heart currently lies. The 26-year-old put pen to paper on a £200,000-a-week five-year contract, as reported by the Daily Mail, earlier in the summer and it’s even more satisfying to hear he snubbed Real Madrid before doing so. The Reds winger who scored a staggering 44 goals in 52 outings last season would have been the ideal player to replace Ronaldo at Madrid but clearly he has no interest in moving to La Liga as it stands. Salah will hopefully continue to rack up the goals in his next campaign at the Reds as he will be vital to the club’s chances of lifting silverware. The 26-year-old nearly helped Jurgen Klopp’s side lift the Champions League last season and while he wouldn’t mind picking up a prestigious winners medal in that tournament, he will no doubt have his eyes on the Premier League trophy. After spending big this summer and tying their key players down to long-term contracts, the Reds have a real shot of winning the league title in the 2018/19 campaign.