Liverpool risking a lot on Gomez 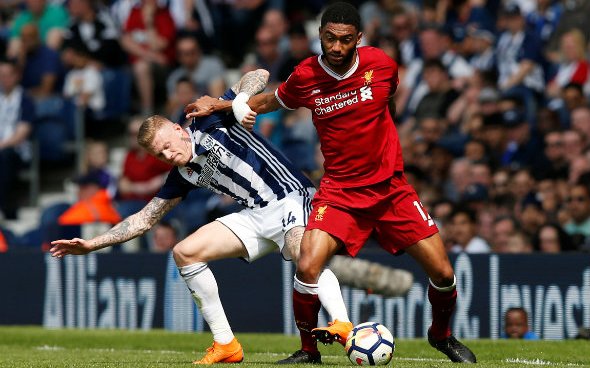 The decision by Jurgen Klopp to not chase a new centre-back this summer has been a point of contention at Liverpool, and the early season running will provide a good chance for fans to see if their manager was right in failing to do so.

Defence has been the Reds major area of weakness in recent seasons, and despite huge improvements being shown towards the end of last season, the warning signs still remain.

The inconsistency of Dejan Lovren is worrying, as are the constant injury problems for Joel Matip, with the quality of Ragnar Klavan also under question.

As reported by the Liverpool Echo, a major reason behind Klopp’s decision to not buy a new defender is the return of youngster Joe Gomez.

The regional newspaper claim that the 21-year-old is set to start for the Reds in their season opener against West Ham on Sunday, with Matip not 100% fit and Lovren only set to return to Melwood today.

And, while Gomez has shown so far in his Liverpool career that he has the potential to go on to become a top player, Liverpool are certainly risking a lot on him this season.

If Matip’s injury problems continue, and Lovren fails to show the form he has done over the past few months for club and country, Gomez could be left with an important role to play for Liverpool across a whole season.

And that is certainly a big risk considering Gomez’s injury problems of his own and his relative inexperience when compared to his counterparts.

The season opener against West Ham should provide an early idea of his decision to stay out of the centre-back market, and the pressure will be on Gomez to vindicate his manager’s thought process.