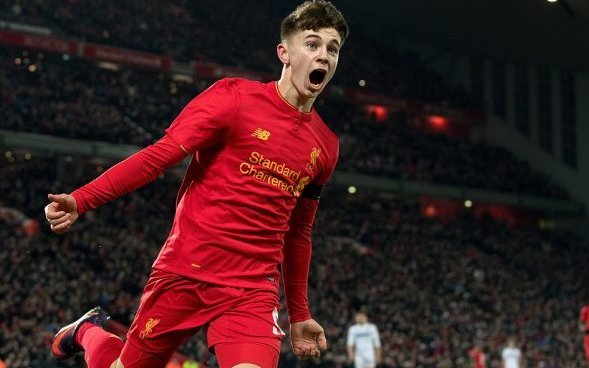 The 18-year-old will join up with the Blades ahead of their opening Championship fixture against Swansea City on Saturday.

The Reds wonderkid, who is a full international for Wales, has made 11 appearances for the senior team at Anfield, scoring a single goal.

With all the recent talk around what was going to happen with Ben Woodburn this season, it’s good to see his future sorted. At first, Jurgen Klopp was impressed with his performances in pre-season and there was the talk of first-team action, but then the talk about loan deals started and Aston Villa emerged as a possible destination. With all the goings on at Villa Park including a change of ownership and financial struggles, it’s a good thing the 18-year-old didn’t end up at the Midlands side. Sheffield United will be a great place for the attacker to learn his trade and be able to express himself. The Blades play a nice brand of football and they trust their young players, as there are a number of their own academy graduates in their first team already. It will be very interesting to see what Woodburn is made of, and we might get a glimpse of what he’s capable of in the Championship.