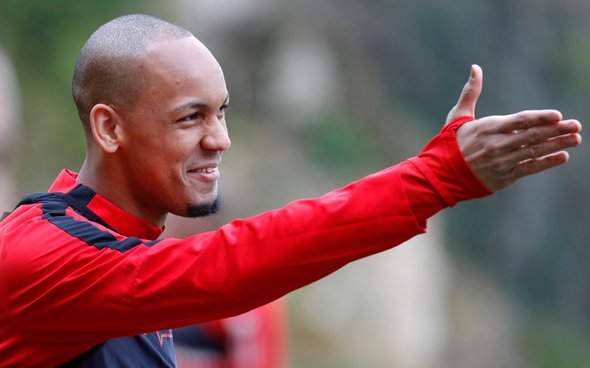 Not much has been seen of Liverpool’s new signings so far, but fans will be hoping that they can deliver the goods to challenge for the title this season.

However, that does not look to be the immediate case for new defensive midfield signing Fabinho, who has handed the club a temporary blow.

Boss Jurgen Klopp was quoted by the Metro as saying: “Fabinho [is] much better in offensive pressing, but still struggling a bit as not fresh enough. It’s been a hard pre-season for him.

“But we need to be ready for 95 minutes again, again and again.”

The 6″2 (source: Transfermarkt) enforcer is clearly struggling with the demands of his new team, which does not come as a surprise – the Reds are often known for their fast-paced style, and that can be too much for new players to handle at times.

Not every signing is going to be a major success at any club, but this season is incredibly important to the club and its fans, so every player needs to do their bit if the title is to become within reach.

That’s not to say that the Brazil international will be a flop, but he will need to improve quickly with the start of the season just around the corner.

Liverpool needed a defensive midfielder and they brought in Fabinho, who is capable of tracking back and covering the defence should there be any gaps.

Playing for Monaco in Ligue 1 is vastly different to playing in the top-flight here, and it may be that the 24-year-old is struggling to adapt to a different style of playing with an English team.

He can be a majorly significant player in Liverpool’s line-up if he can sweep aside the pressure of adhering to their demands, and there is no doubt he will establish himself as a favourite amongst the fans if he lives up to their expectations.