Liverpool is a better fit for Boateng instead of Man United 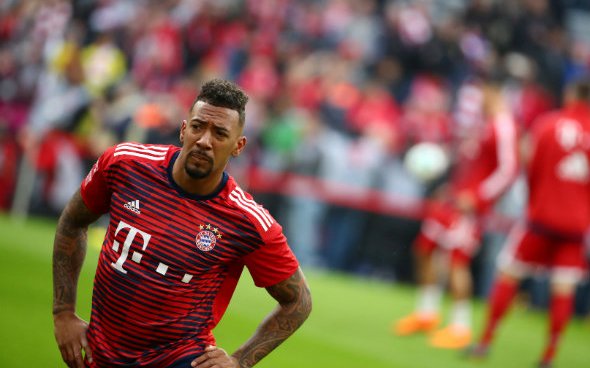 Liverpool may feel that they do not need anymore signings in this transfer window, but the potential opportunity to snap up a world-class defender should not be missed for anything.

The Daily Mail have reported that Manchester United have been offered the chance to sign Bayern Munich centre-back Jerome Boateng for £50 million, but he is a much better fit for Liverpool compared to their bitter league rivals.

The 6″4 (source: Transfermarkt) giant has been a mainstay for the Bundesliga giants for seven years since his transfer from Manchester City in 2011. However, the Red Devils are pursuing Barcelona defender Yerry Mina, meaning that Boateng will not be the perfect fit for them.

The Reds do not have an abundance of centre-backs to choose from – they have Virgil Van Dijk, but Joel Matip is currently sidelined and it is unclear what is going on with Dejan Lovren.

At Anfield, Boateng would thrive in the centre of defence with Van Dijk, and they would ensure that the back line is a seriously formidable force.

At 29-years-old, Boateng has the experience at the highest level to know what would be expected of him in the Premier League – and boss Jurgen Klopp would relish the chance to work with a former World Cup winner.

Along with possibly landing Mina, United boss Jose Mourinho also has the likes of Chris Smalling, Victor Lindelof, Phil Jones and Marcos Rojo operating largely as centre-backs – so it is difficult to see where Boateng would fit in.

Liverpool may have already splashed a large amount of cash this summer, but they should not waste the chance to sign a player with calibre who would link-up excellently with Van Dijk.

He would be almost guaranteed regular football on Merseyside, and has the potential to cement a place in the first team in the absence of Matip.

Liverpool are definitely the right fit for the Germany international – and they must push to sign him ahead of their rivals.