Liverpool must swoop for Ilkay Gundogan 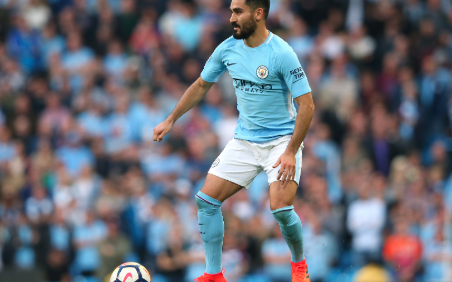 Liverpool boss Jurgen Klopp may not be in the market for anyone else, but there is no harm in landing a player in the last few days of the transfer window.

Transfer Market Web report that the title winner is allegedly tempted by a move to Barcelona, but Liverpool must try to keep him in England by pouncing for him so that the 27-year-old can partner fan favourite Jordan Henderson.

Gundogan was a key figure that helped lead City to the title last term, and his exploits are evidence enough that he should link up with the England international in the centre of the midfield.

Should they both link-up, the Reds would have a formidable midfield duo that would be incredibly hard to defend against, which will prove to be a problem to the opposition’s counterparts.

He netted six goals last season, but that is not a statistic that Liverpool should take much notice of, as it is his defensive capabilities that should be the star of the show.

Gundogan has been a regular in the Germany team since 2011, starring in their World Cup winning campaign in 2014 – basically, Liverpool would be mad not to swoop for a player if there’s any chance of him switching sides, as he has a vast experience of lifting trophies.

This mentality would be greatly appreciated by Jurgen Klopp, who needs to get his side winning honours again after his major summer spend-up.

Henderson is known for intercepting important passes and tracking back when needed, and as Gundogan can offer the same, the pair would excel in the middle of the park.

The Reds need to raid their bitter rivals for one of their key figures, and reap the benefits that he could potentially bring.