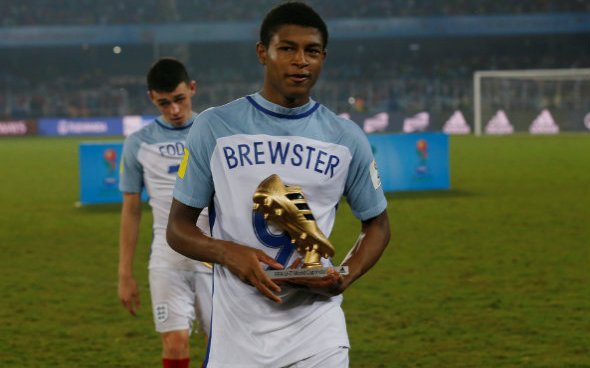 Liverpool have received a huge boost after young striker Rhian Brewster began running for the first time since his serious ankle injury sustained in January, according to The Sun.

The newspaper claim that Brewster is back in light training and is now set to return before Christmas to provide a fresh option for Jurgen Klopp in attack.

The Sun report that the prognosis for Brewster is around six weeks after this major step, with Klopp keen on involving the 18-year-old in his plans in the second half of the season.

This is a major boost for both Liverpool and Brewster, who has had a torrid time of things since his injury in January. The youngster underwent surgery to fix the issue but then suffered another big setback in his rehabilitation over the summer. That put back his return date by several months and has now seen him miss almost a year of action. Brewster was pushing for inclusion in the first-team picture when his injury struck, and was kept happy by Klopp and the club during his recovery with a new contract and promise of a first-team place upon his return. That being said, there is a lot of hard work ahead for Brewster, who will be massively lacking fitness after such a long lay-off. The touted return date is before Christmas but the likelihood of seeing him play first-team football before the turn of the year will still be low. He will be eased back into action with the Under-23s before eventually moving into the first-team squad and likely handed his debut in a cup competition.