It’s now or never for Solanke after raft of injuries 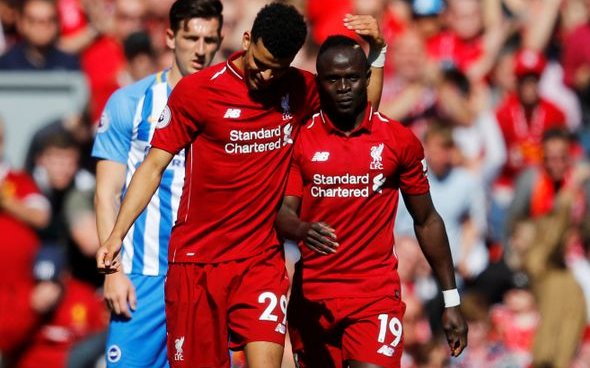 Injuries are a terrible part of football, but when they strike players in your position they can offer fringe men the opportunity to step up and make an impact.

That is the case right now for Liverpool forward Dominic Solanke after team mates Mohamed Salah and Sadio Mane both suffered setbacks on international duty this week.

The extent of the pair’s injuries are unclear, but at the very least their involvement against Huddersfield Town on Saturday must be in serious doubt.

In that case, Solanke needs to step up in their absence. Obviously his path to the first team would still be blocked by starter Roberto Firmino and natural replacements Daniel Sturridge and Xherdan Shaqiri, but the former Chelsea man is running out of opportunities to make an impact at Anfield.

There likely won’t be another time when two of the club’s lethal front three are sidelined at the same time. It sounds cynical, but this is the ideal opportunity for Solanke to state his case for more first team football.

The 21-year-old’s talent has been obvious from the time he was obliterating defences in youth team football, but for whatever reason he simply hasn’t been able to put it together at the senior level.

Reds manager Jurgen Klopp obviously rates the forward, otherwise he wouldn’t have signed him in the first place, but Solanke is in danger of stagnating on Merseyside just like he did in West London.

The England international might have to settle for an appearance off the substitute’s bench against the Terriers, with Sturridge surely set to be preferred up top, but Solanke needs to seize his opportunity even if it does come off the bench.

He wasn’t able to secure a loan deal away from the club this summer so he knows his opportunities for first team minutes will be limited this term. He won’t get a better chance than this one to reverse that fact.