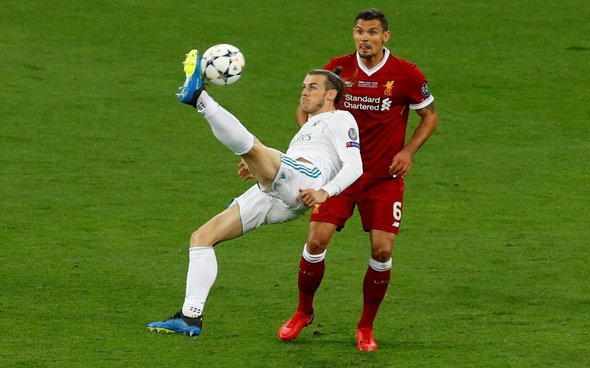 Liverpool defender Dejan Lovren has emerged as a shock transfer target for Spanish champions Barcelona, according to Mundo Deportivo – and the Reds should be willing to green light the move in January.

Players swapping Merseyside for Catalonia has been something of a common occurrence in recent years, with both Luis Suarez and Philippe Coutinho profiting from exceptional spells at Anfield in order to make the switch to the Nou Camp.

That shouldn’t prevent the Reds from agreeing to this sale, though. Unlike those two players Lovren is not Liverpool’s star man – in fact he’s not even a guaranteed starter at this stage.

The Croatian, on a reported £90,000-per-week at the club [Source: Spotrac], has seen his starting spot usurped by young starlet Joe Gomez this season, with the Englishman establishing himself as one of the finest young centre backs in world football.

Lovren formed a formidable partnership with Virgil van Dijk in the second half of last season, and he also enjoyed a terrific World Cup in Russia this summer, but Gomez is simply on another level.

The 21-year-old is quicker, better on the ball and makes less mistakes than Lovren. He’s also eight years younger and will anchor the Reds defence for the next decade plus.

It wouldn’t be wise for manager Jurgen Klopp to keep Lovren as a roadblock in the way of Gomez’s progress. Instead, the former Southampton man should be allowed his move to Spain where he will undoubtedly enjoy the last few years of his career.

Gomez is only going to get better, whereas Lovren has likely reached his peak. Van Dijk and Gomez should be the club’s first choice partnership moving forward, with Joel Matip as their deputy.

Lovren, on the other hand, should embrace this once in a lifetimes opportunity to join the Spanish champions – it’s a move that makes sense for all parties.