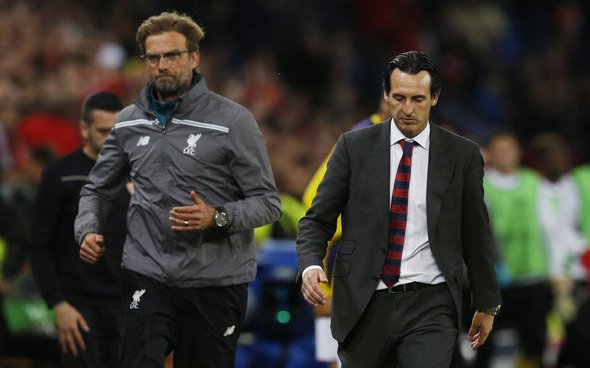 As part of a recent dump of football leaks, plans for a European Super League were revealed by German newspaper Der Spiegel. Top clubs in England, Germany, Spain, Italy, and France had talks in 2016 to form a Super League that would replace domestic league competition for the teams involved.

It has drawn a fury from football fans across the continent as it is another clear example of greed at the highest level. Unfortunately for Liverpool supporters, Liverpool is among the teams who entertained the notion even for a slight moment of leaving the Premier League and the English football pyramid.

Such a notion is a clear slap in the face to passionate fans who travel to away games. Already dealing with skyrocketing ticket prices, the idea of travelling to a foreign country for a majority of away games is preposterous.

However, in 2016 the idea had quite a bit of steam behind it, and Bayern Munich lawyers and executives seriously entertained the hypothetical and began calculating what the ramifications would be. Likely, all players in the Super League would be barred from playing in UEFA and FIFA events, seriously depleting every major national side.

No Liverpool players at a World Cup would certainly be an odd sight, but even worse this would seriously damage the credibility of any club that joined. Diehard fans may even consider switching allegiances to another smaller local side if football greed is taken to such a high extent.

The reason some clubs seem to be willing to entertain the notion of a European Super League is the massive TV money that it could entail. Furthermore, the league could secure stability as “founding members” would not be able to be relegated from the league.

But, as often happens when money and football combine, the plan completely disregards fans and only looks toward the top dollar. Unfortunately, the top dollar can get you quite far in the game, and the development of football greed could massively grow in upcoming years.

Also featured in the football leaks, were stories of oil clubs like Manchester City and PSG flouting FFP rules with help from UEFA, while smaller clubs in Eastern Europe were punished for much smaller misdeeds.

What Liverpool Should Do

It is unfortunate that Liverpool has been connected with the idea of a Super League, but the club is prestigious in Europe and a worldwide stage, so the link is inevitable.

Many sports betting companies are siding with Liverpool in upcoming matches. Liverpool still has the prestige and quality to compete against the biggest sides in Europe without losing what the fans love about the club, but with money becoming ever more important for owners Liverpool stand to lose more than they gain.

The club’s current form shows how effective Liverpool can be with a capable manager and the right players. Sure, the club might be spending large sums on players, but it has not reached the level of a Manchester City, PSG or Chelsea.

A mix of youth and top European quality has made Liverpool a spectacle to watch in the last several years, and this progress would be ruined by a feckless money grab.

Rather than hearing about a Super League that would destroy competitive football in England and abroad, Liverpool should stick to the good news on the pitch.

There is still a league to be won, there remains a lot to be positive about without worrying about the TV money of playing away at Barcelona in a league match.