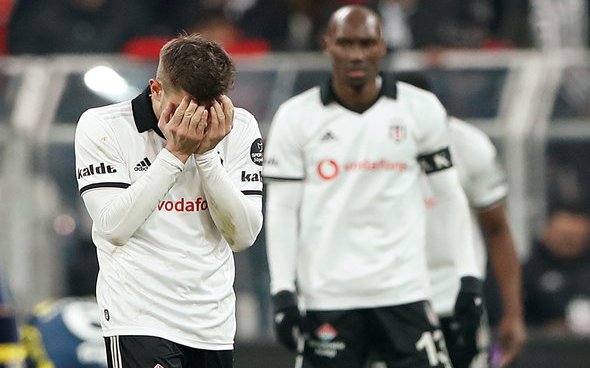 Liverpool have opened preliminary talks with Besiktas over young midfielder Dorukhan Tokoz, according to Fotomac.

The Turkish outlet claims that the 23-year-old is someone the Reds are taking a look at and, while an official offer is yet to be made, opening discussions have begun.

The Turkey international is also the subject of interest from Serie A side Udinese, as per the report, but in recent times he has caught Jurgen Klopp’s eye as well.

Tokoz’s price tag is thought to be around just £8million.

Tokoz’s name is one that always seems to be bandied about this time of year. Besiktas, as we all know, are going through a bit of a tough time financially, and so essentially every single one of their players is on the table for a potential transfer this summer. Tokoz, to be fair, is arguably the most attractive proposition at the club. He is a talented, young midfielder who has proven himself over a number of years in the Turkish Super Lig. That’s not the highest level of European football, of course, but it’s not bad either. He is a defensive-minded midfielder who can also play right back, so his versatility would come in useful for Klopp. You wouldn’t have thought that defensive midfield would be exactly the position that they need to strengthen, considering they already have the likes of Fabinho, Jordan Henderson and James Milner, but at £8million Tokoz is available at a snip and has a lot of potential. Still, don’t put money on this one just yet.