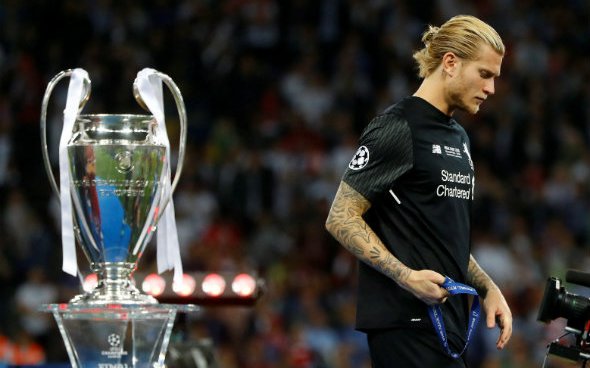 There are games that clubs endure everlasting-pain, determined to suppress the memory as deep as possible but find with every effort to put a game in the past, it souvenirs itself and the loss comes to surface. The Merseyside outfit has had some shockers from the days of old they would rather not be reminded of but statistics talk for themselves and below are some unforgettable results.

First up, they lost Mohammad Salah to injury. The same Salah who had been instrumental in getting them to the final with crucial goals in both legs against Manchester City in the quarters and then another two in the first leg of the semi against Roma. After just 30 minutes, he was coming off injured after an unfortunate incident involving the controversial Sergio Ramos left him with a dislocated shoulder.

Things were about to get worse. Goalkeeper Loris Karius made one of the game’s all-time blunders to gift Karim Benzema an opening goal. Sadio Mane equalised from a corner but that was as good as it got for Liverpool.

There wasn’t much Karius could do about substitute Gareth Bale’s wonder strike but he was at fault once again for the third, failing to keep out yet another long-range effort from Bale.

It was the third time Liverpool had lost a final under Klopp and the time for Liverpool to rebuild.

Liverpool were closing in on a first-ever Premier League title thanks to an 11-game winning streak. A win at home to Chelsea would have meant Man City had it all to with just three games in the season left.

They were up against a Chelsea side focusing on their upcoming match against Atletico Madrid in the semi-finals of the Champions League. And if Jose Mourinho was going to throw Liverpool a bone by fielding a weakened side- including Jon Obi Mikel, Tomas Kalas and a very young Mo Salah- he certainly wasn’t going to do them any favours in terms of tactics, setting his team up in a disruptive 4-5-1.

Liverpool never got going but worse was to come. A back-pass to Steven Gerrard saw the skipper slip at just the wrong time and Demba Ba took advantage to score the opener. As Liverpool pressed late on, Fernando Torres caught Liverpool’s defence exposed and squared for Willian to tap in.

A shell-shocked Liverpool never recovered and Man City went on to win the league by just two points.

Here’s where you can check out football outright betting ahead of the new season.

Liverpool have had some poor results on the road in their time but it’s not often they’re humbled at home in the Premier League. Unless that is…you’re called Aston Villa.

In December 2012 they were on a decent run in both the Premier League and Europa League and feeling particularly good about a hard-fought 3-2 win away at West Ham the week before.

Villa were in the mood to ruin all that, though. Two goals from Christian Benteke and one from Andreas Weimann saw them take a shock 3-0 lead before Steven Gerrard pulled one back. But 3-1 it stayed and their top-four chances were dented.

It’s not as if they weren’t warned about Villa’s appetite for upsets at Anfield; they’d beaten them at Anfield in 2001 and 2009 by the same 3-1 score.

It’s hard to know which element about this match was the hardest for Liverpool fans to take. Maybe it was the fact that two Liverpool old boys- Peter Crouch and Charlie Adam- both scored against their former club.

Maybe it was that Steven Gerrard, in some eyes Liverpool’s greatest-ever player and playing his last-ever match for the club, bowed out in such unpleasant and frustrating circumstances after such a wonderful career at Anfield littered with trophies, crucial goals and iconic inspirational performances.

But no, the worst about this match was the result itself and (with no disrespect intended) that it wasn’t against Man City, Chelsea or Man Utd but…Stoke.

One of the most unfashionable sides in Premier League history managed by the largely uninspiring Mark Hughes had hosted a star-studded Liverpool… and properly stuffed them.

But in September 2017 Liverpool were faced with all of those handicaps. They were admittedly already 1-0 down thanks to a Sergio Aguero goal but when Sadio Mane went high on goalkeeper Ederson, Liverpool fans could have been forgiven for fearing the worst when the Senegalese saw red. They were right to do so.

Gabriel Jesus and Leroy Sane both went on to score a brace and Liverpool were thrashed 5-0, a reminder of what Pep Guardiola’s team can do when even the best opposition is vulnerable.

All of these results are ones Liverpool players and fans would rather forget but will live on long in the opposing clubs’ memories.