James Milner has quickly become Mr.Reliable during his time at Anfield in the Liverpool midfield. The 33-year-old continues to improve as his career continues, and brings great fitness and endeavor at the heart of Jurgen Klopp’s side. The former England international has shown no signs of stopping, with the midfield dynamo continuing to impress in pre-season for the Reds, as they make a significant push to go one better than last year in the Premier League. Milner will be vital to that effort, with the 33-year-old being an integral part of Klopp’s fast-paced passing style. The midfielder averaged 45.2 passes per game, with a success rate of 84.6% – a couple of stats that lead to him producing an average of 1.4 key passes each outing. [WhoScored] Milner captained Liverpool on Sunday afternoon in their pre-season friendly with Bradford City and scored two goals in two minutes during the first-half at the Valley Parade Stadium. Many Liverpool fans took to Twitter to celebrate Milner’s goalscoring antics, with some of those predicting big things for the midfielder next season. 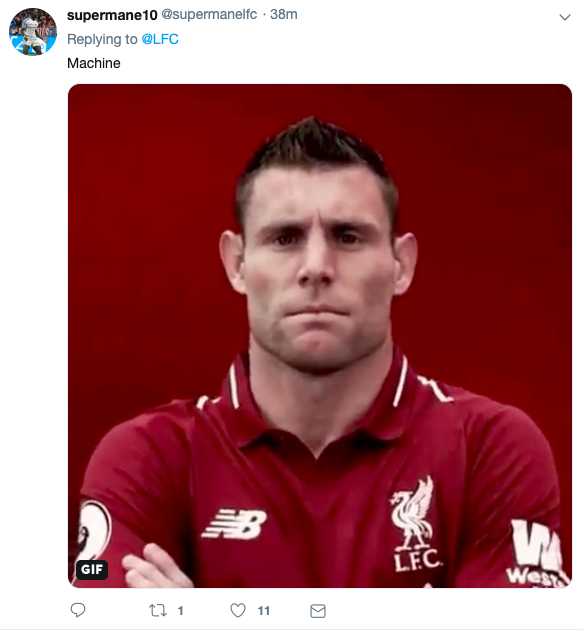 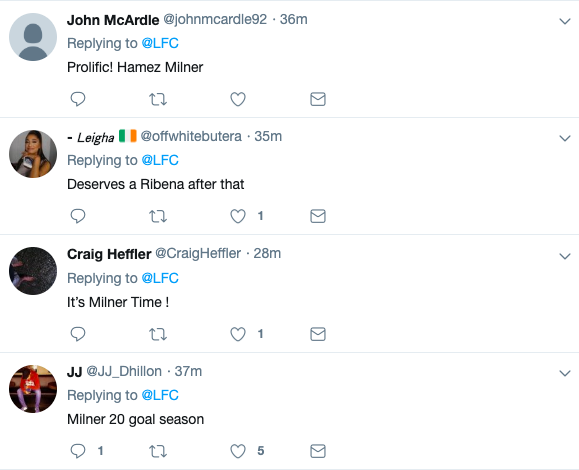 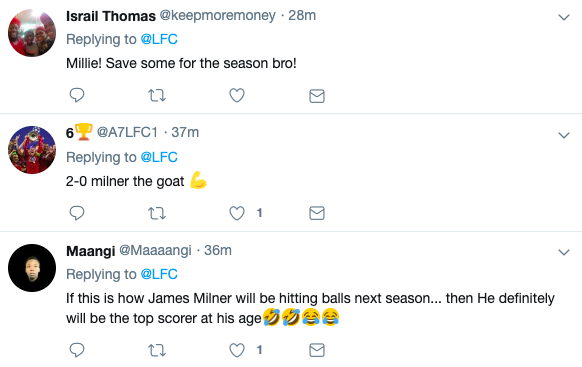