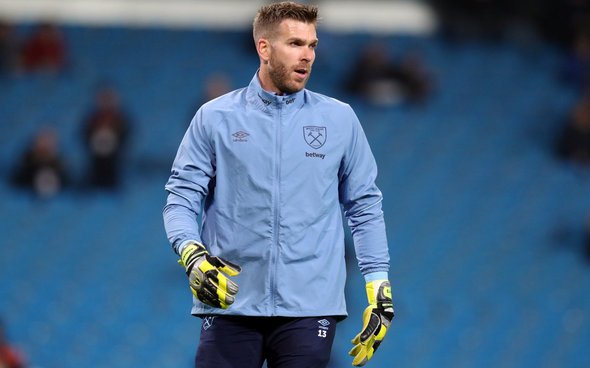 The reporter claimed, via her verified Twitter account, that the Reds were set to bring the 6ft 3in tall free agent (Source: Transfermarket) to Anfield in order to be Simon Mignolet’s replacement.

Mignolet left Liverpool on Sunday to join Club Brugge with the Belgian club confirming that they had an agreement in principle for the goalkeeper on their official Twitter account.

While Mignolet’s exit seemed to come out of nowhere, it seems that Liverpool already had a plan in place in case the Belgian keeper left. After all, it seems based on Reddy’s claim that Liverpool already know who will become their No.2 and it’s all about just wrapping up a deal. Adrian is a free agent after leaving West Ham at the end of the 2018/19 campaign, and signing him makes sense as he is a proven Premier League player. The 32-year-old has appeared over 125 times in the Premier League, keeping 35 clean sheets in the process. Adrian also would fit into how Klopp likes his goalkeepers to play, as the veteran is comfortable with the ball at his feet. After all, the shot-stopper has made 3,141 passes in his Premier League and has averaged 25.13 passes per match, which is unusually high for a goalkeeper (Source: Premier League). Adrian also seems like an ideal replacement for Mignolet as he seems comfortable at being a club’s No.2. The shot-stopper spent the last two seasons being West Ham’s back-up shot-stopper, with him only playing five times last season due to playing second-fiddle to Lukasz Fabianski.