Lovren and Mignolet set to stay at Liverpool 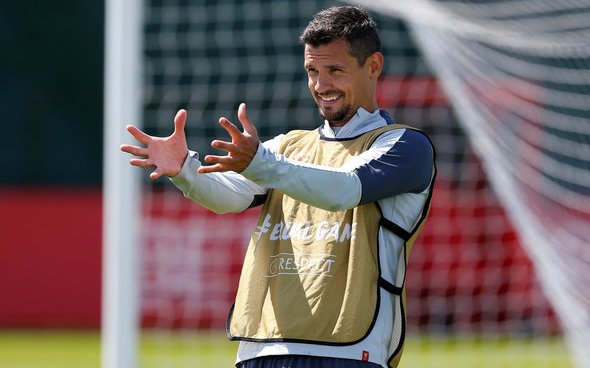 In-demand Liverpool duo Dejan Lovren and Simon Mignolet are both set to remain at Anfield for the upcoming season, according to the Liverpool Echo.

The newspaper claims that the international double act, who have both been linked with moves away from the club this summer, are likely to stay where they are for the moment, with the transfer deadline fast approaching.

Meanwhile, Portuguese outlet A Bola have claimed that Benfica are interested in signing the Reds’ back-up goalkeeper Mignolet.

These are two players who are far from guaranteed starters at Anfield these days, but remain important members of Jurgen Klopp’s first team squad. To be a top team competing for both the Premier League and Champions League trophies, you need two high quality players in every position. With Alisson and Mignolet, Liverpool have that between the sticks. Meanwhile, the German has four quality centre halves with Virgil van Dijk, Joel Matip, Joe Gomez and Lovren ready and raring to go next time out. That’s what you need to be able to survive a long and gruelling season, but the problem with that is that quality players like these want first team football. Lovren and Mignolet will both be aware that they could go and start for massive European teams in Milan and Benfica, and so keeping them around and happy will be a big test of Klopp’s man-management skills next season.