After boasting the season’s tightest defense last campaign, Liverpool have looked uncharacteristically leaky in pre-season and haven’t kept a clean sheet in either of their two Premier League games so far.

They’ve won both and six points from six sees them top the table but Jurgen Klopp’s men face a stern test as Arsenal travel to Anfield on Saturday.

Arsenal’s attack has been boosted by the signing of Nicolas Pepe this summer and while he hasn’t started a league game yet, he played the second 45 minutes in the club’s 2-1 win against Burnley last week.

Pierre-Emerick Aubameyang and Alexandre Lacazette have both got off the mark already this season.

For that reason, we can see Klopp looking to tighten up the defence and that could mean Joe Gomez coming in on the right to replace Trent Alexander-Arnold. 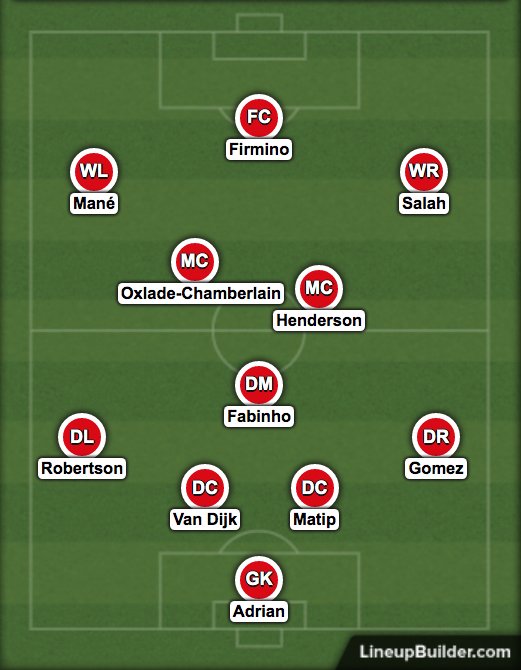 The 20-year-old adds plenty to Liverpool’s attack – 12 assists last season is proof of that – but there are still question marks over him defensively. Joel Matip had a fantastic game against Southampton and should retain his place in the side.

Fabinho and Jordan Henderson are likely to return in midfield with James Milner and 28-year-old Georginio Wijnaldum dropping to the bench.

It means three changes for Klopp as he goes in search of his third successive win in the Premier League.