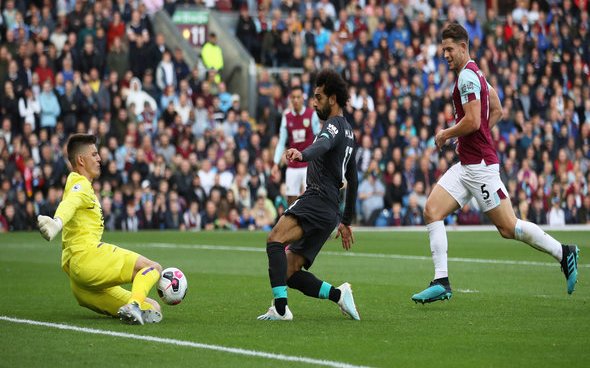 Liverpool forward Mohamed Salah didn’t quite produce the finest performance of his career – admittedly a difficult task – in his team’s 3-0 victory over Burnley on Saturday. Credit must be given to the hosts, because they made it difficult for the European champions at Turf Moor. Sean Dyche’s side offered up stubborn resistance for much of the game, but you have to say that Salah himself did little to try and break them down. He had a couple of chances, yes, hitting the post at one point, but the big takeaway from the fans’ comments is that he was too selfish on Saturday. That’s fair, because there were a couple of times when the Egyptian shot when it perhaps would have been wiser to play a teammate in. An incident in the second half stands out in the memory, where Salah really should have passed to Firmino rather than go for goal himself. However, he chose the latter, and wasn’t rewarded on this occasion. It’s difficult to criticise the 27-year-old too much, because his goalscoring mentality is what has made him such a great player for Jurgen Klopp’s team, but he could certainly be less selfish in front of goal at times, that’s for sure.

Live4Liverpool has rounded up some of the best tweets below.

Maybe he tried to and just didn’t quite get it right but those are the situations I mentioned after the Community Shield where I’d like to see Salah square it across goal rather than shoot.

Salah needs to learn to be unpredictable in the box.

Salah being greedy was same last season too

Salah has to learn to stop being greedy.Firmino and Mane always passes it even though they could take the shot themselves.Salah has stopped doing that and has become selfish imo