Liverpool’s opening day thrashing of Norwich City on Friday evening was overshadowed by the worrying injury picked up by their influential stopper Alisson Becker. The Brazilian was one of the best in the world during his first year at Anfield – winning the Golden Glove award in the Premier League, Champions League, and the Copa America. The former Roma man made a massive impact on the Reds’ style, helping his defence to recycle possession and act as deep-lying pivot who can switch the play when needed. With worry over his fitness, Football Insider reported on Sunday that Liverpool were in advanced talks to sign free-agent Andy Lonergan. The experienced stopper travelled with the Reds to the United States of America in pre-season after Alisson was given extra time to recover from international duty. The 35-year-old even featured against Sevilla and will have settled into the group well during the trip. Many Liverpool fans were baffled by the reported hunt for Lonergan though, taking to Twitter to react to the news, with one fan calling a potential deal “horrendous.”

Live4Liverpool picked out some of the best reactions below: 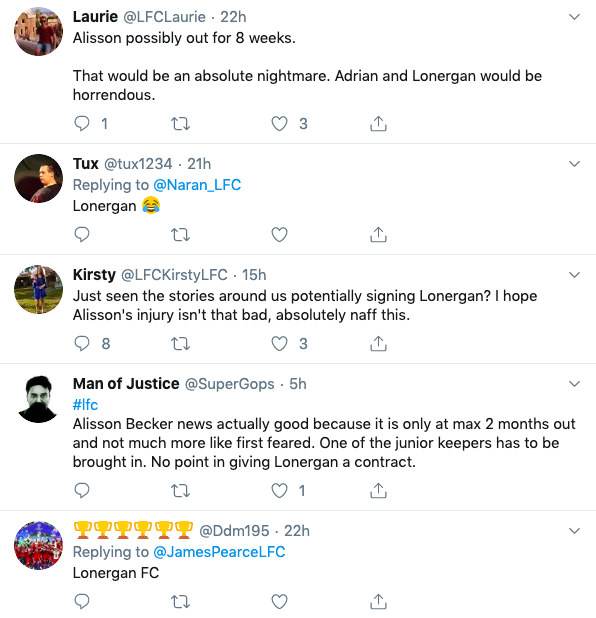 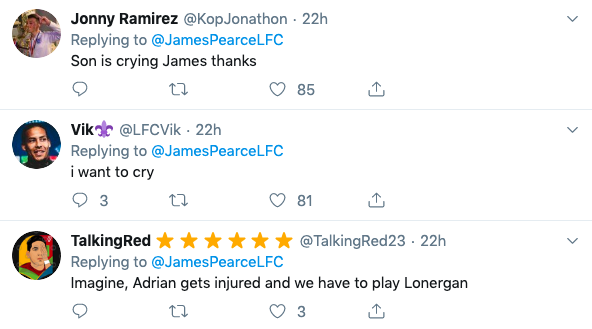