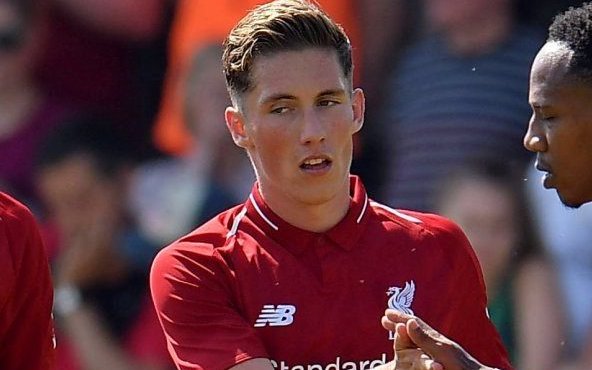 Bournemouth have paid Liverpool £2.5million to secure the loan signing of attacker Harry Wilson, according to journalist Paul Joyce.

The Times journalist revealed that the Cherries could also eventually pay an extra £500,000 depending on bonuses for the Welsh international.

Joyce reported on his personal Twitter account that the deal includes no loan-to-buy clause as Jurgen Klopp still has a future planned for the 22-year-old at Anfield past this season.

Bournemouth have signed Liverpool's Harry Wilson for the season after agreeing to pay a £2.5 million loan fee, with a further £500,000 linked to bonuses.
There is no option to buy and Wilson, and Liverpool manager Jurgen Klopp, see his long-term future still at Anfield

Wilson completed his loan move to Bournemouth on Tuesday evening and will complete his first full season in the Premier League under Eddie Howe after impressing at Derby County in the previous campaign.

Liverpool appear to have got the best possible deal they could have, with Bournemouth being made to pay a fee despite only taking the Welsh international for one season. With playing opportunities obviously set to be limited for Wilson, Klopp has surely decided that a loan move will be the most beneficial for the 22-year-old, who will gain valuable experience at Bournemouth, who are known for their ability to make young prospects even better with the exposure to top-flight football. After guiding Derby to the Championship play-offs last season as their top-scorer with 16 goals, Wilson will be expected to take that form into the Premier League and prove to Klopp and the Reds that they were right to keep ahold of him and plan to utilise him after this season. His ability to drift into space behind the striker is one of his main attributes, with his long-range shooting and set pieces his go-to strength from outside the box.