Liverpool legend Ian Rush sent Reds duo Trent Alexander-Arnold and Andy Robertson a message on Instagram in order to tell the pair that they were “the best.”

The two Liverpool full-backs notably didn’t feature in the ‘World’s Best XI’ that was revealed at the Best FIFA Awards on Monday evening (Source: talkSPORT), and it seems the Reds legend disagreed with that decision.

Rush sent a two-word message to the pair which simply said “the best” via his personal Instagram account and uploaded a picture of the Reds defensive duo alongside Virgil Van Dijk. 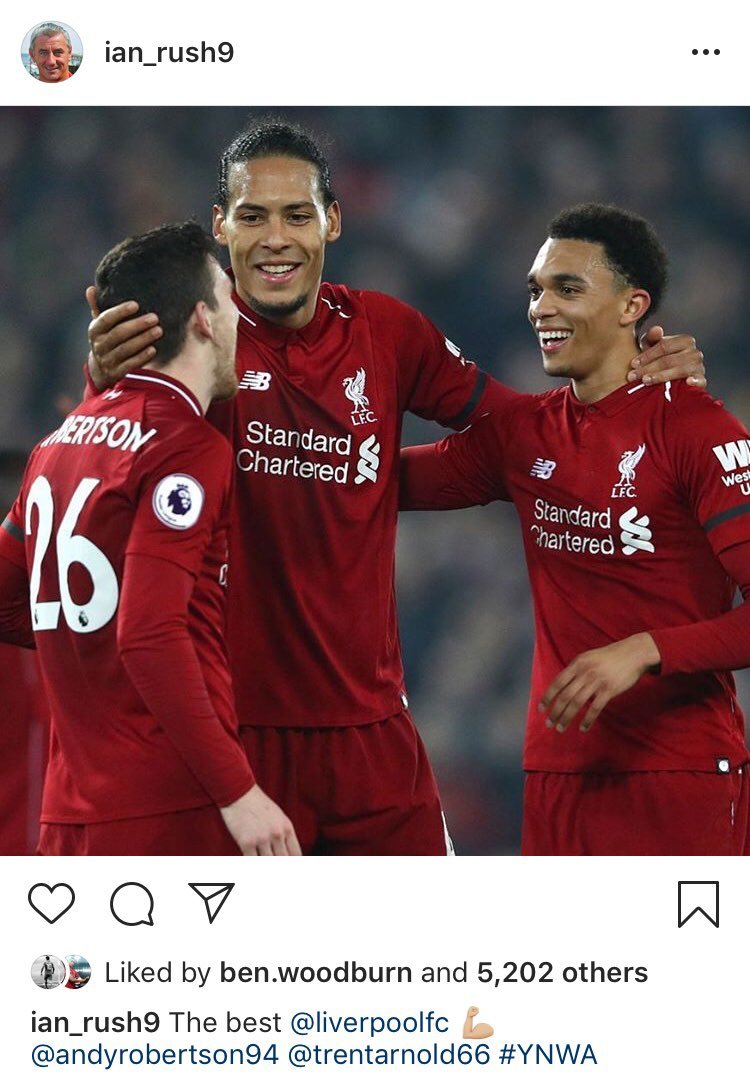 Rush didn’t directly acknowledge FIFA’s World XI but given the timing of his message, you can see his praise of Alexander-Arnold and Robertson was a result of them missing out on being named among the world’s elite. While it’s disappointing that Alexander-Arnold and Robertson missed a chance to have their talents rightly spotlighted, it’s not exactly the most prestigious of award ceremonies, so it’s likely the duo won’t give their snub a second thought. Robertson racked up 11 assists in 35 league outings last season, and impressively averaged 2.2 tackles per game as well as 1.3 clearances per match (Source: WhoScored). Whereas, Alexander-Arnold registered 12 assists and contributed one goal across his 29 league appearances in his 2018/19 campaign, with the 20-year-old also doing his part defensively as he averaged 2.1 tackles and 2.1 clearances per match (Source: WhoScored). Considering the pair achieved such impressive stats while playing in one of Europe’s toughest league, it shows why Rush is justified in calling the pair “the best.”