The two teams go up against each other on Sunday at Old Trafford, and both Brazil and McCoist feel that only Harry Maguire of the United contingent would get in a joint line up.

It’s really difficult to make a case for any Man United player getting in a combined Liverpool-United XI these days, which is why former England international Danny Mills controversially picked an all-Liverpool XI this week. However, you can’t really blame him for that. However, Maguire is about the only United player who you can really make an argument for including in a joint team. He is a quality operator who shone for Leicester City and has, for the most part, helped shore up a leaky defence at Old Trafford. However, when you compare what he has done this season to how Matip has performed for Liverpool, the case for the United man begins to look a bit ropey. When you examine the statistics, there’s no doubt that the Cameroon international has been the better man. As per WhoScored.com, Matip is averaging more tackles, interceptions and clearances per game, while he is drawing more offsides. Furthermore, his average WhoScored rating per outing of 7.62 is way ahead of Maguire’s 6.94. 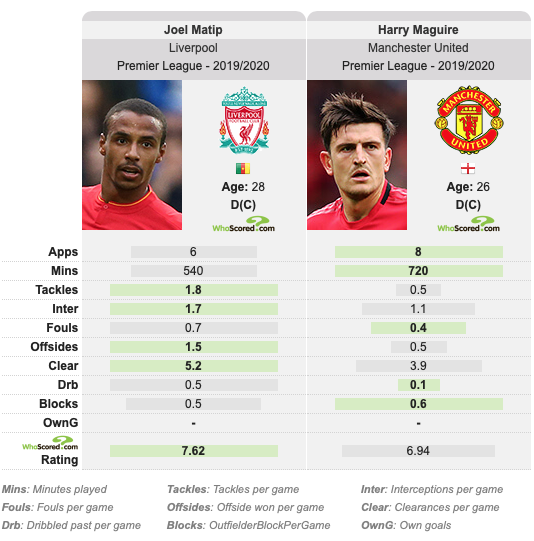