Mane must step up without Salah

He’s usually causing all sorts of mischief in and around opposition penalty areas, but Sadio Mane was nowhere near his flying best on Sunday when Liverpool drew 1-1 against Manchester United at Old Trafford.

Everyone was worried about Liverpool’s chances of preserving their 100 per cent league record when the team news broke an hour before kick-off, confirming that Mohamed Salah would miss the match with an injury he suffered in the win over Leicester before the international break.

And even though Alisson Becker and Joel Matip had returned to Jurgen Klopp’s side, there simply was not enough cutting edge about Liverpool’s attacking play and that was largely down to Mane’s lacklustre performance as the £100,000-a-weeek [Spotrac] player offered next to zero at Old Trafford.

The 27-year-old played the entire 90 minutes but, according to stats by WhoScored, failed to register a single shot at goal for the first time in a Premier League match that he has started this season.

He was also dispossessed three times – more than any other Liverpool player – and only had 40 touches of the ball.

Even returning goalkeeper Alisson managed 40 touches while every other Reds player who completed 90 minutes had more of a feel of the ball than Mane.

Really it is quite simple to explain why the ex-Southampton forward struggled versus United.

It was because he was missing his Egyptian team-mate.

Salah’s absence led to Mane having to play a different type of game that meant he firstly had to play on the right-hand side of the attack, rather than the left, and play more of a playmaker role to pick up the slack, and that stopped him getting into the Man United’s box as often as he usually would.

Heatmaps show that Mane had not only far fewer touches of the ball against United than he did against Leicester, but he also had a lot less influence inside the penalty box that he usually would. 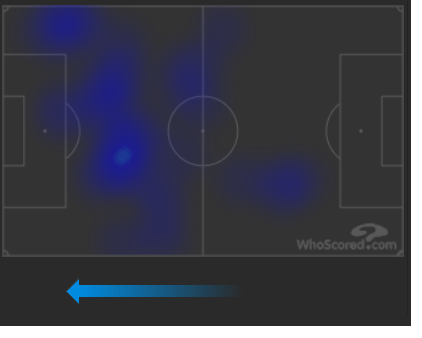 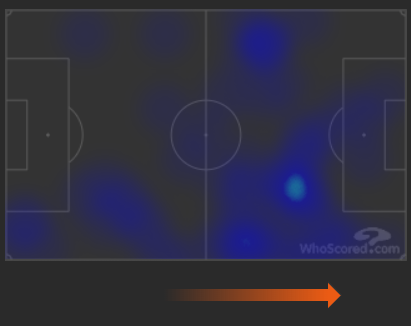 One suggestion as to why this happened was because Man United’s defence is better than Leicester’s, but Brendan Rodgers’ defence has only conceded eight goals this season in the league while the Red Devils have conceded nine.

The other reason could be that Salah’s absence had caused Mane’s role to change, especially as Divock Origi failed to impress on the opposite side of Liverpool’s front three.

Origi is like a standard ham and cheese sandwich you get in a meal deal. They’re always there on the shelf in your local supermarket and you might be forced into having one if your favourite baguette is not available.

Mane, Salah and Roberto Firmino are like the perfect combination of your favourite things in a meal deal and if you take one of them out, you’re going to notice and you’re going to be slightly underwhelmed.

Going forward, Klopp really needs to have a think about adding some depth to his attack in the January transfer window because there is no way that performance at Old Trafford has proven there is enough strength in depth among his squad.