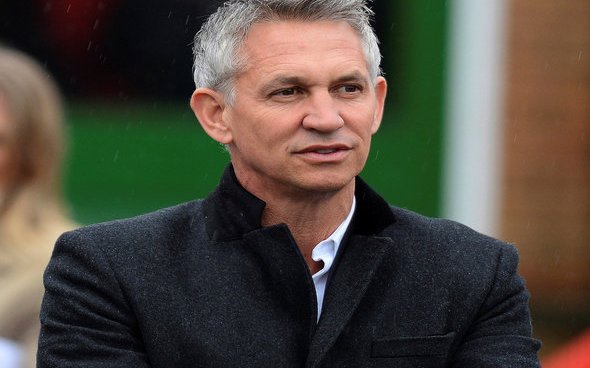 Gary Lineker has heaped praise on Dejan Lovren for his goal in Liverpool’s 1-1 draw against Napoli at Anfield on Wednesday night.

Lovren headed in a second-half equaliser for the Reds to see them keep hold of their spot at the top of their Champions League group with one match to play.

After scoring from the corner, Lineker was quick to rave about the Croatia international on social media.

“Cracking header from Lovren and Liverpool are back on level terms. They don’t lose at Anfield,” said Lineker via his personal Twitter account during the match.

Cracking header from Lovren and @lfc are back on level terms. They don’t lose at Anfield.

Liverpool may have avoided defeat against Napoli, but that should not hide the fact that it was not a good performance by Jurgen Klopp’s men. Liverpool have had a lot of matches like this season but they have just about managed to grab a winner. No one really stood out for the Reds and you get the feeling that some of these players need a week or two off to get themselves back up to speed. Fabinho’s injury is worrying and Mohamed Salah still does not look as though he has fully recovered from his ankle injury. Liverpool are now entering a festive period that is going to be the busiest in the club’s history. Klopp really has to make use of his squad and he might end up regretting that he did not add some more strength in depth in the summer. It’s unlikely that he will add anyone in January but if any injuries appear then there’s a chance that he will be forced into a deal or two.