Mourinho blown away by Fabinho in Liverpool v Man City 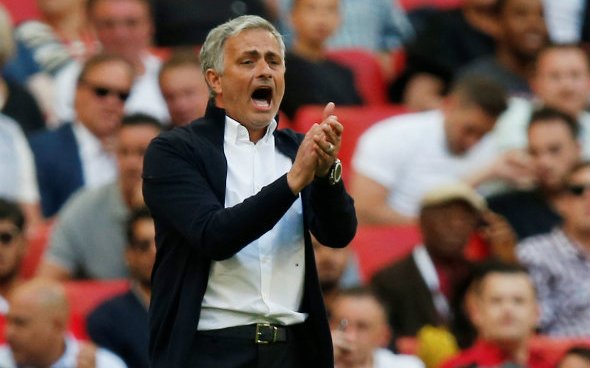 Former Manchester United manager Jose Mourinho was blown away by Fabinho’s goal in Liverpool’s 3-1 win against Manchester City at Anfield on Sunday.

Fabinho put the Reds ahead with a well-struck effort from outside the penalty area in the first-half but controversy surrounded the goal as Man City felt as though they should have been awarded a penalty at the other end of the pitch.

After a VAR review, it was adjudged that Trent Alexander-Arnold did not handle the ball and Fabinho’s goal stood.

Mourinho has suggested that he does not believe that the 26-year-old’s goal should have been ruled out.

“Imagine going back and transforming Liverpool’s amazing goal for the penalty against Liverpool.”

Did the ball hit Alexander-Arnold’s arm? Yes. Was his arm in what is judged as an unnatural position? Yes. Did the ball also hit Bernardo Silva’s arm in the build-up? Yes. It is a very tough decision but there is no way that it was the stonewall penalty that many are suggesting. And as Mourinho says, imagine the anger inside Anfield if Fabinho’s brilliant goal was ruled out for a penalty at the other end of the pitch to be awarded, even though it was not exactly clear and obvious. VAR is going to cause all sorts of controversy as long as it is in football but football fans are expecting way too much from it. Is it leading to more decisions being correct? Yes, of course it is. Offsides are something that are black and white – you’re either on or off. If it takes a few minutes to get the correct decision then what would fans prefer? The injustice of conceding an offside goal and losing a match or waiting around for the correct call by those at Stockley Park?