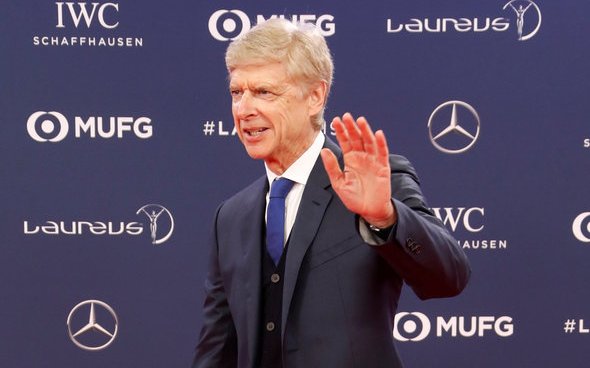 Former Arsenal manager Arsene Wenger believes that Manchester City should have been awarded a penalty against Liverpool on Sunday.

In the first half, moments before Fabinho put the Reds ahead, the ball struck the arm of Trent Alexander-Arnold in the home side’s penalty area in front of the Kop.

Although the ball made contact with Bernardo Silva’s arm before it hit Alexander-Arnold’s, Wenger claims that there was no intention by the Man City player but the unnatural position of the Liverpool right-backs arm meant that it should have been a spot-kick.

“It is a handball from Silva as well,” said Wenger, as shown via beINSPORTS’ official Twitter account. “It’s accidental.

“The second one, for me, looks a penalty.”

Andy Gray said that he agrees with Wenger, who was “surprised” that no one would counter his opinion.

Wenger added: “What makes me say it was a penalty was the hand goes away from the body, so he makes his body bigger.”

Liverpool went on to win the match 3-1 with Mohamed Salah and Sadio Mane getting on the scoresheet as well as Fabinho.

It is a very tough call but it was not clear and obvious so the VAR decision that was made was more than likely made because referee Michael Oliver did not award it. It would have caused chaos at Anfield if Oliver ruled out Fabinho’s stunning goal only to award a penalty at the other end of the pitch so at the end of the day, the correct call was probably made. There was so much doubt about the incident. The ball hit Bernardo’s arm first and that caused the ball to ricochet towards Alexander-Arnold’s arm, which was not in that much of an unnatural position. The England international tried to move his arm out of the way so what else could he have done? It’s not like his arm was up in the air or anything like that. Liverpool deserved that win on Sunday and not just because of there being VAR decisions that went in their favour. Jurgen Klopp’s side was the better team and should go on to win a first-ever Premier League title now.