In recent times, it’s been an absolute mystery as to why Fabinho has not been able to get a start for Brazil. The Liverpool enforcer has been in superb form this season, and yet when it comes to his country, he has predominantly found himself on the bench, with Real Madrid’s Casemiro preferred in the engine room. So it made for a pleasant change when he was given the nod against South Korea on Tuesday, and he somewhat unsurprisingly proceeded to put in a top draw performance. Throughout the 3-0 win, the South American looked imperious and collected, and by the end of it he had Brazilian fans calling for him to be given the nod from hear on out. But for many Liverpool fans, that’s just about the smallest shock of the century. So far this season Fabinho has averaged 2.6 tackles and 1.4 interceptions per game in all competitions, as well as a pass completion rate of 87%, as per Whoscored. In short, he has been the ideal defensive midfield option, and how it has taken his national side so long to realise that is an absolute mystery. Hopefully this can be the start of a much improved spell for the 26-year-old on the international stage.

Live 4 Liverpool have gathered some of the best tweets below: 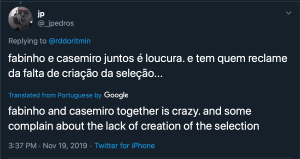 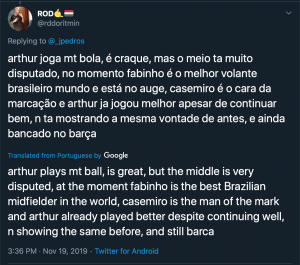 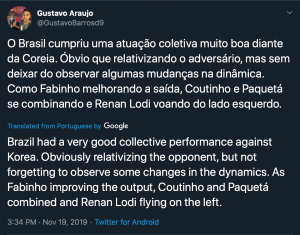 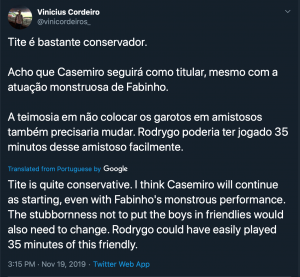