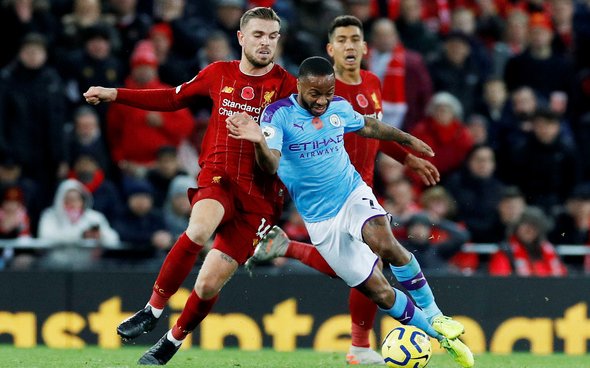 How come Jordan Henderson gets constantly slated by what seems to be a lot of Liverpool fans on Twitter? Every week it seems that no matter how well the club’s captain plays, there are some people on social media who just cannot stand the ex-Sunderland midfielder. Henderson was brilliant in the 3-1 win against Manchester City at Anfield on Sunday. His cross for Sadio Mane’s goal in the second-half was beautiful and was something that even Trent Alexander-Arnold would have been proud of. Henderson bossed the midfield alongside Georginio Wjnaldum and Fabinho. He’s not a “coward” as one fan says, he is a leader who seems as though he is going to be lifting the Premier League trophy next May. Steven Gerrard failed to do that but Henderson is captaining the best Liverpool team since the 1980s to a league title as it stands. He deserves so much more credit than he gets.

WHY IS HENDERSON HIDING FROM THE BALL, PATHETIC CRAB

Wijnaldum has been excellent at retaining possession. Found pockets of space when there was none. Henderson is hiding as usual, captain coward.

Henderson hiding from the ball the coward

Guys literally running away from it the clown