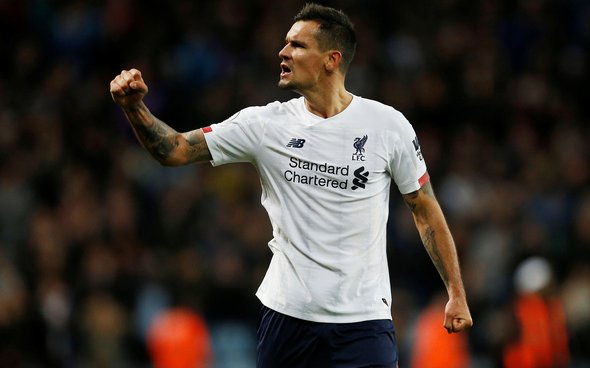 Dejan Lovren actually started the match quite well for Liverpool on Wednesday night. The Croatian centre-back made a couple of good blocks to keep Napoli at bay but it all started to fall apart after that. Lovren played a role in Fabinho suffering an injury that led to the Brazilian midfielder being forced off the pitch. Lovren challenged Hirving Lozano, who then fell into Fabinho, causing an injury. Not long after that, Napoli were ahead and Lovren did not really do much to stop the Italian side from taking the lead while Virgil van Dijk was down injured. It is not a surprise to see so many Liverpool fans ripping into Lovren for his first-half display. Hopefully he can improve after the break but it just seemed as though he lost his head a bit after Fabinho’s injury. Jurgen Klopp needs to lay into his players at half-time because there were too many of them out there who were not playing at the right level.

IT IS 2019 AND LOVREN STILL PLAYS FOR LIVERPOOL FOOTBALL CLUB

Cbfa Lovren out my club asap

Lovren is a clown ? #LFC 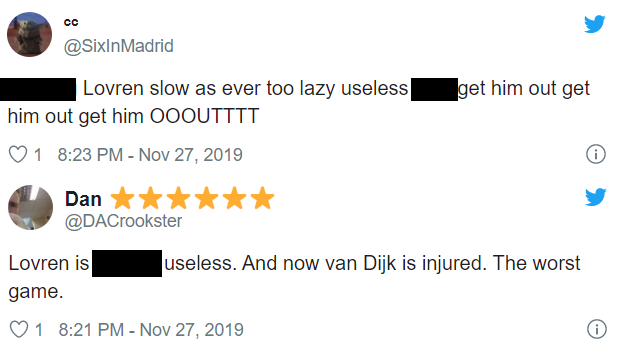