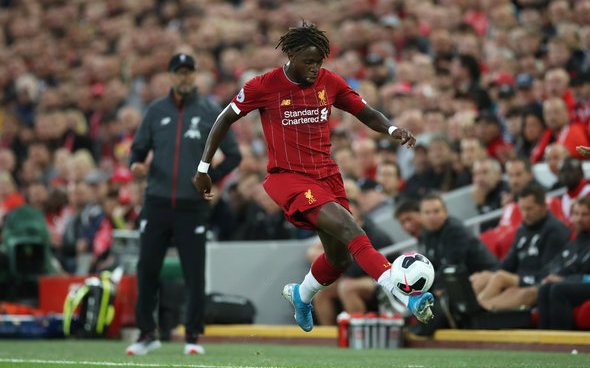 Liverpool forward Divock Origi came under fire from a number of the club’ supporters after his performance in the Reds’ FA Cup defeat tonight.

Jurgen Klopp’s side went down 2-0 at Chelsea as their wait to lift the trophy now enters a 15th season and the Belgian was unable to make the most of his starting berth, being hauled off in place of Roberto Firmino in the 70th minute.

The 22-year-old was perhaps unlucky not to equalise midway through the first half when he was one of three players thwarted in quick succession by an outstanding sequence of saves from Kepa Arrizabalaga but otherwise Origi’s performance was largely ineffective. He had the fewest passes of anyone in Liverpool’s starting XI with just 19, five fewer than James Milner managed in his 20 minutes on the pitch, with seven of those 19 passes failing to find a team-mate. He was caught offside twice and guilty of poor ball control on three occasions (as per WhoScored).

Henry Jackson of This Is Anfield bemoaned “too many clumsy moments” from the Belgian who “had a tendency to run down blind alleys too often”, while in the Daily Express, Ryan Taylor wrote that his “touch was poor”, adding that he was “clearly lacking sharpness”.

These Liverpool fans on Twitter were also critical of Origi’s display at Stamford Bridge, with one calling him “overrated”:

Last few games have also just highlighted again we need better depth next season. Lallana and Shaqiri will be leaving. Origi isn't good enough to step up and start when needed.

Not looking for hate or unfollows etc but Origi isn't up to it let's be honest he tries he's scored some vital goals but an average player if we got a nice offer for him I'd snap it.

Origi was so static. Stayed marked. He’s 22. Got to start learning to shift markers

Origi looked disinterested in playing the game and yet klopp kept him in, thats my annoyance tonight

I really hope we get Timo Werner/Jadon Sancho this summer. Divock Origi is not good enough, there’s a reason why he was nominated for Bundesliga worst team of the season when he was out on loan before. If possible, please get a creative midfielder as well. Please, @LFC ?

Do you think Origi was one of Liverpool’s poorest players against Chelsea tonight? Comment below with your views!