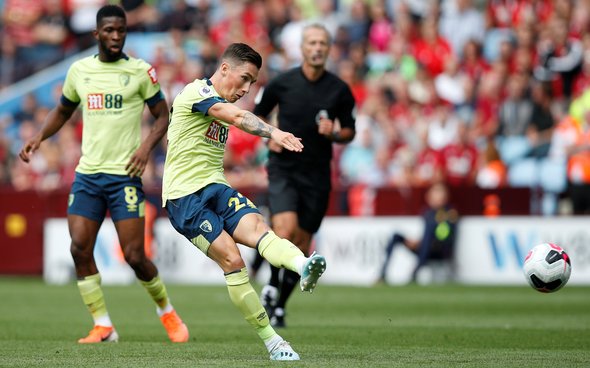 The 22-year-old is spending the current campaign at Bournemouth and is due to return to Anfield in the summer. He will do so bolstered by playing regularly at top-flight level for the Cherries this season, with 23 league appearances so far for Eddie Howe’s side.

Whelan cited the prevalence of young players such as Tammy Abraham, Mason Mount and Reece James at Chelsea, as well as the emergence of Trent Alexander-Arnold from Liverpool’s academy to become a first team regular, as examples to encourage Wilson to get his opportunity at Anfield.

He told Football Insider: “They are not shy of giving young players a chance and we have seen that with Alexander-Arnold. You look at Chelsea and why not? If they are good enough, get them into the side. Jurgen Klopp has always wanted the kids to come through.

“He has a little bit more experience from this season and going into next year that will be invaluable. Wilson will be in the mind of Jurgen Klopp. He has experience in the Championship and now the Premier League and that will put him in great stead for next season. Then it is down to him to force his way in and put pressure on the other midfield players at Liverpool and whoever else they sign.”

Whelan is right to vouch for Wilson’s prospects of staying at Anfield next season rather than being loaned out once more. The 22-year-old had no Premier League experience prior to the current campaign but has since shown that he can hold his own at this level, with six goals in the division for a Bournemouth side that are among the lowest scorers in the top flight.

Another factor that could count in the Welshman’s favour is the stagnation of Xherdan Shaqiri’s Liverpool career. The Swiss international has managed just one goal in 10 appearances this season and played for a paltry 256 minutes, with the Daily Mail reporting that the Reds could seek to move him on in the summer.  That could leave Wilson as the primary go-to option in terms of a right-winger alternative for Mohamed Salah.

Whelan also alluded to young players getting their chance at Liverpool and that has been on evidence throughout the season, with teenagers Harvey Elliott, Curtis Jones and Neco Williams each playing 400 or more first team minutes so far in 2019/20.

Wilson might only have one competitive Liverpool appearance to his name so far but he has shown for Bournemouth in recent months that he belongs at Premier League level and it would seem foolish for Klopp not to at least give him a fair share of opportunities next season, so Whelan is right to make a case for his Liverpool future.

Do you agree with Whelan’s views about Wilson getting his chance at Liverpool? Let us know what you think by commenting below!