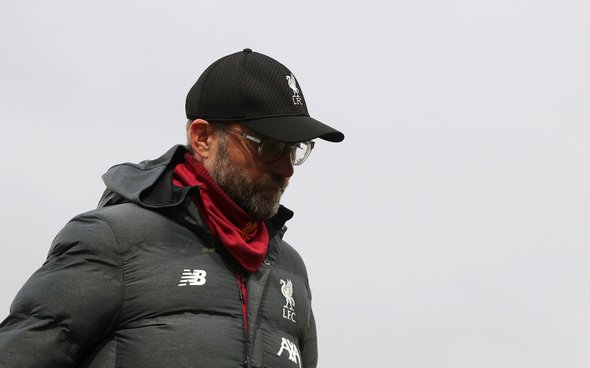 As noted by the PA news agency in an article posted on This Is Anfield, Liverpool’s defeat against Watford on Saturday has deprived them of three potential Premier League records, but it seems many Reds fans on Twitter aren’t bothered about missing out on those feats.

NEW: The records Liverpool can’t now claim this season – and the six they still can https://t.co/tjHDQ7DZol

Jurgen Klopp’s side relinquished their chance to set the outright record for most consecutive league victories, having matched Manchester City’s 18-match winning streak. The loss at Vicarage Road also ensured that Arsenal’s class of 2003/04 remain the only team to go an entire Premier League season without defeat and maintain the longest unbeaten streak in the division, their 49-match run five more than the Reds managed between January 2019 and last weekend. [PA, via This Is Anfield]

Despite those potential pieces of history eluding Liverpool, the Merseysiders can still complete numerous records between now and the end of the season, including the most points in a Premier League campaign (currently 100; the Reds have 79 with another 30 to play for), the biggest winning margin in the division’s history (current record is 19; the Reds are 22 points clear) and the earliest title triumph (wins in the next four games will beat the record of being crowned with five games to spare). [PA, via This Is Anfield]

These Liverpool fans on Twitter aren’t concerned about such records, though, and simply want the Premier League trophy to reside at Anfield come the end of the season:

True! Even we lost its just a game.what we want is the EPL title! 20 yrs of waiting that’s more important than we lost a match and the defensive destruction we had at Watford.move on YNWA ? ALLEZ

Let’s stop thinking about records and just get on and win it!

I just want the Premier League trophy, nothing else matters, full stop ?

Were you disappointed to see Liverpool losing their chance to potentially set some Premier League records or do such feats matter in the wider context of their title pursuit? Have your say by commenting below!