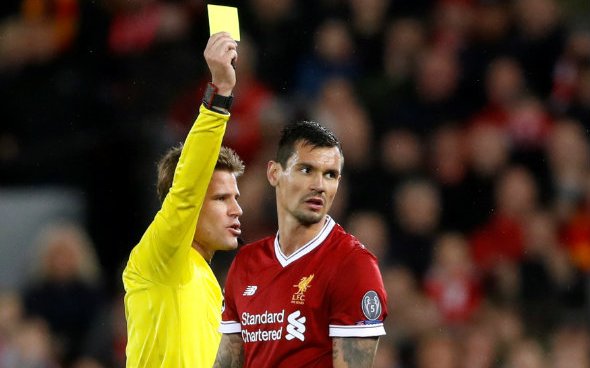 Liverpool are willing to sell Dejan Lovren this summer and will ask for £15m to part company with the defender, according to James Pearce on Twitter (@JamesPearceLFC, via @AnfieldEdition).

The Croatian has been linked with a possible exit from Anfield in recent days, with the Daily Express reporting that London duo Arsenal and Tottenham, as well as Lazio, AC Milan and Lyon, had all shown an interest in the 30-year-old.

Liverpool will ask for £15m for Dejan Lovren this summer, with the Croatian set to depart. [@JamesPearceLFC] pic.twitter.com/4wPBUtBpW8

The centre-back, who came to Liverpool in July 2014, is the third longest-serving player at the club but has found regular appearances difficult to come by over the last couple of years, with only 20 Premier League starts since August 2018 as Jurgen Klopp has regularly gone with a defensive partnership of Virgil van Dijk and Joe Gomez.

Lovren has endured some horrendous displays during his six years at Anfield, with his performances in the 4-1 loss to Tottenham in 2017 and the 3-0 hammering by Watford last month among the low points. These Liverpool fans on Twitter are keen to see the back of him, with one Kopite even joking that he would drive the Croatian to his next club:

I’ll drive him where ever, as long as we do manage to actually get rid of him

Couldn’t give him away tbh

Just sell him any amount

Should Liverpool accept any offers of £15m or more for Lovren in the summer? Should they take an even lower offer if it means getting him off the wage bill? Have your say by commenting below!