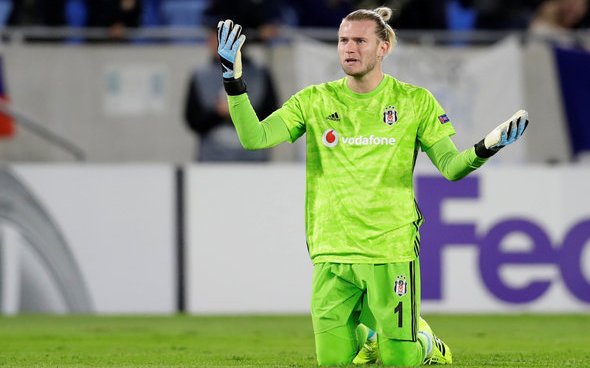 Plenty of Liverpool fans have been reacting to reports from European media that Loris Karius, currently on loan at Besiktas, could end up at another Premier League club next season.

According to Belgian outlet Voetbal24, West Ham are interested in signing the 26-year-old goalkeeper, who was also linked with a move to the Hammers by Turkish newspaper Fanatik. The news of the Londoners’ reported interest was shared by @AnfieldWatch on Twitter.

Loris Karius could be set for move to West Ham. ?https://t.co/aENfPBIqvl

Karius’ time at Liverpool was overshadowed by his two glaring errors in the 2018 Champions League final defeat to Real Madrid and he has endured his share of difficulties during his subsequent loan spell in Istanbul. In a Europa League defeat to Slovan Bratislava earlier this season, he misjudged a burst from his line to leave Andraz Sporar with a tap-in to score (as per Give Me Sport), with talkSPORT claiming that Besiktas were vexed by his nocturnal lifestyle and a series of errors in domestic games.

These Liverpool fans on Twitter seemed pleasantly surprised by reports of West Ham’s interest in the German, which one Kopite described as “sweet revenge” on Karren Brady after the Hammers co-chairperson had called for the Premier League season to be voided:

Sweet revenge on Brady for wanting league null and void ?

And people wonder why West Ham are usually in a Relegation Dogfight! ?

Liverpool fans, what do you make of West Ham’s reported interest in Karius? Share your views in the comments section below!