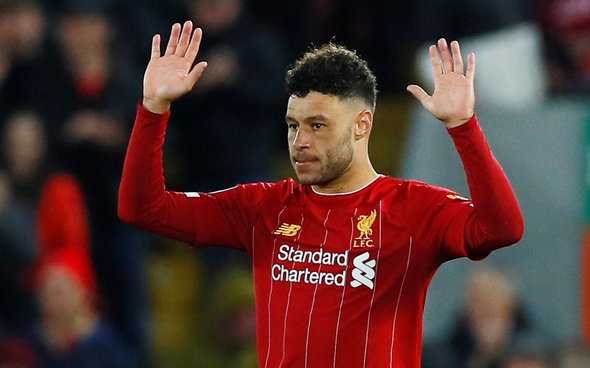 A number of Liverpool fans were unimpressed with Alex Oxlade-Chamberlain’s performance in Saturday’s defeat against Watford, making their feelings known in response to a tweet from @AnfieldEdition.

He’s seemed to get a lot of criticism but what did you make of Alex Oxlade-Chamberlain’s performance yesterday? pic.twitter.com/ksrpM7nsq2

The 26-year-old came into the starting line-up for the game at Vicarage Road for his 12th Premier League start of the season but was taken off after 65 minutes in place of Divock Origi after a subdued display in which he was dispossessed once and guilty of poor ball control on a couple of occasions, as well as failing to pick out a team-mate with any of the three crosses that he attempted (as per WhoScored, who gave him a lowly overall rating of 5.73).

The Echo‘s Ian Doyle felt that Oxlade-Chamberlain “faded badly” after half-time, while The Mirror‘s Mark Jones said that he “was too often crowded out”, adding that “his attempts to force it can often look poor in games like this when those around him are struggling”.

Although the midfielder has been a regular starter for Liverpool so far in 2020, making six successive league starts prior to last week’s win over West Ham, some fans feel that he “struggles” when played from the start, while one Reds supporter on Twitter felt that Takumi Minamino should instead have been in the line-up against Watford. Here is a flavour of the online reaction from Kopites to Oxlade-Chamberlain’s performance at the weekend:

Struggles when he starts. Awesome off the bench

Robbo was the only player who can hold his head up

They were all poor but I thought he had a shocker and lost the ball a lot and didn’t do enough defensively for our setup.
I still see him as an impact player or a wide option, not a starter. Minamino looked comfortable under pressure there, I hope he gets to start on Tuesday.

Terrible send him back to London

He isn’t good enough, give him space to run into & he can do a job but he’s terrible when his backs to play , lacks the engine to get up and down plus he let’s players run of him and shows no effort to get back. Nabys came in for stick but Ox has been shocking. I would sell

2nd worst player on the pitch

What did you make of Oxlade-Chamberlain’s display against Watford? Is the criticism justified or was he one of the Reds’ better players on the night? Comment below with your views!