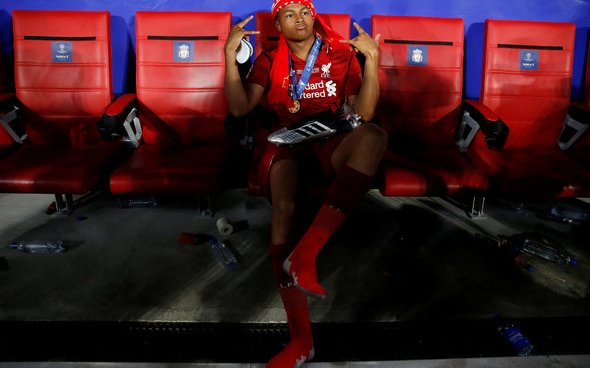 The Athletic journalist James Pearce believes that another loan move away from Liverpool next season for Rhian Brewster would be “the best option for his development”.

The 20-year-old is currently on loan at Swansea and, in a Q&A for The Athletic, Pearce thinks that the youngster is more likely to have another spell away from Anfield rather than being kept on the periphery of the first team squad at his parent club.

The journalist said: “I think the plan is to assess him in pre-season and make a call then. He has impressed at Swansea but of course there’s a massive difference between doing well there, in the Championship, and making an impact for Liverpool. I can see another loan being the best option for his development, rather than sticking around as a squad player.”

Since going on loan to Swansea in January, the move has worked out well for Brewster, who has been starting regularly at the Liberty Stadium and rewarding Steve Cooper’s faith with a solid goal return of four goals from 11 Championship appearances until the season was interrupted by the coronavirus pandemic.

That loan spell has already accounted for the vast majority of the 20-year-old’s senior experience, having played just three competitive first team games for Liverpool so far, each of those coming in domestic cup competitions earlier this season. When it comes to Premier League action, Brewster has rarely even been close to getting on the field – he has only been included in a matchday squad for a top flight fixture twice and didn’t make it off the bench on either occasion (as per TransferMarkt).

Prior to his loan move, the youngster had been behind Roberto Firmino and Divock Origi in the queue of centre-forwards at Liverpool and, assuming they are both still at the club next season, Brewster’s pathway to the Reds’ first team could be even more congested depending on one prospective transfer. RB Leipzig striker Timo Werner has been strongly linked with a possible move to Anfield and Pearce said in The Athletic Q&A that he expects Jurgen Klopp to strengthen in that department in the summer transfer window, adding that Werner would be a good fit for the club.

Perhaps Brewster will be given a chance to impress Klopp in pre-season later this year but, as with Harry Wilson, the Liverpool manager may instead prefer to send him out on loan to another Premier League club first so that he can gain top-flight experience before feeling that he is ready to feature for the Reds at that level. Therefore, Pearce’s prediction of another loan move for Brewster in 2020/21 appears a sensible and very plausible one.

Liverpool fans, do you agree with Pearce’s suggestion that Brewster will likely be loaned out again next season or would you rather see him getting his chance soon at Anfield? Join in the discussion by commenting below!