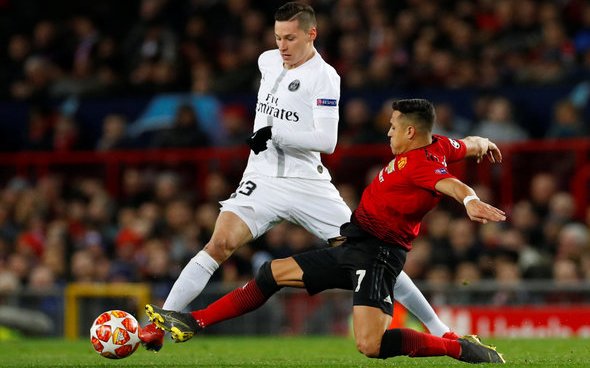 Mohamed Salah may not have been signed by Liverpool if Jurgen Klopp had landed his initial transfer target in 2017, as indicated by a claim from a leading journalist.

Evening Standard writer David Lynch revealed that the manager had initially wanted to bring Julian Draxler to Anfield that year, only turning his attentions to Salah after the Germany midfielder rejected the Reds’ advances to instead join Paris Saint-Germain from Wolfsburg.

Did Liverpool dodge a bullet in not signing Julian Draxler?

Draxler had not been a greatly prolific attacking midfield presence in his time at Wolfsburg, with eight goals in 45 games for the Bundesliga outfit before he joined PSG in 2017. After a fine start to his time in Paris, with 10 goals in his first 25 games for the Ligue 1 side, he has only managed the same tally of goals from his subsequent 112 appearances. He has not found the net since scoring in a French Cup tie 14 months ago (as per TransferMarkt).

Injuries have curtailed his impact at PSG this season, with only seven Ligue 1 starts in 2019/20 and none in the Champions League. Even when available, the 26-year-old has often had to be content with appearing as a substitute, with many games where he wasn’t called from the bench. [via TransferMarkt]

Since the start of the 2017/18 season, Draxler has scored 10 goals in all competitions. In his first campaign at Liverpool, Salah scored that many in the Champions League alone and hit 44 goals in total, enjoying a phenomenal debut season at Anfield.

While the Egyptian may not have hit those extraordinary standards since then, he has remained a consistently reliable goal-scoring presence for the Reds. He found the net 27 times last season and has struck another 20 so far this term, giving him a total of 91 club goals in the same time-frame that Draxler has managed 10.

Given that the Germany midfielder had a magnificent start to his time at PSG in 2017 and Salah had previously flopped at Chelsea, three years ago it may have felt like a lost opportunity for Liverpool. However, with the players’ fortunes contrasting vastly since then, history has shown that the Reds’ failure to sign Draxler ultimately worked out very favourably for them.

Liverpool fans, do you think missing out on Draxler was a blessing in disguise given that Salah may not have been signed otherwise? Comment below with your views!