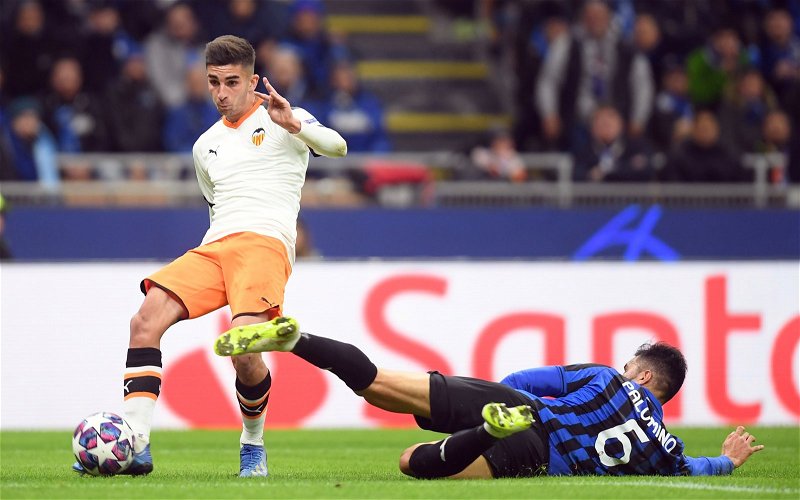 Former Valencia player and sporting director Fernando Gomez has backed one of the La Liga club’s current squad to thrive at Liverpool if he were to end up at Anfield.

Ferran Torres has been linked with a possible move to Jurgen Klopp’s side, who are a great option for your Comeon bonuscode with them being a shoe-in for the title. Sport 1 claimed this month [via Empire of the Kop] that the Merseysiders have held talks with the winger, who has a £100m release clause in his contract at the Mestalla but could be signed for as little as £30m.

Speaking to Tribal Football, Gomez thinks the 20-year-old has the attributes and mentality required to succeed at Liverpool if the Reds were to sign him. He said: “Ferran Torres is a great player. He has emerged very young and that is proof of his maturity.

“He’s skillful, he’s great one-on-one, he’s quick and he even scores goals. He also plays on the inside, takes advantage of spaces and can be part of a team that plays on the counter-attack or a dominant team in terms of possession.

“He can perform well in any team and in any league. In England too, of course, at Liverpool or any other team. Klopp’s system fits him and he is mentally very strong to cope with pressure and demands.”

Torres has a decent contribution of goal involvements this season, scoring six times and providing seven assists in 35 games for Valencia. He scored and set up a goal in their most recent outing, a 3-4 home defeat against Atalanta in the Champions League last month. [via TransferMarkt]

Also, as Gomez has said, he has a flair for taking on and beating opponents – he has averaged 1.7 successful dribbles per game in 2019/20, equal to Mohamed Salah and Roberto Firmino at Liverpool and only slightly below the 1.9 match average of Sadio Mane. In terms of ball retention, he has a higher passing rate than Salah, finding a team-mate with 79.6% of his passes compared to the Egyptian’s 76.1%.

Another feather in Torres’ cap is the substantial experience he has accumulated despite his tender years. He only turned 20 two months ago but has already played 88 times for Valencia’s first team and has been a regular starter this season. It isn’t just his number of appearances that stands out, either – he is already familiar with playing in the Champions League and La Liga, the highest-ranked division in UEFA’s association club coefficient.

Whether he would slot as seamlessly into Klopp’s system as Gomez has suggested, though, is rather debatable. The Liverpool manager’s preferred formation is 4-3-3, with 4-2-3-1 or 4-1-4-1 his most probable alternative (as per TransferMarkt). At Valencia, Torres mainly plays on the right wing in a 4-4-2 formation under Albert Celades, who rarely deviates from that setup and hardly ever uses 4-3-3 as an alternative.

Also, while Torres has a decent goal return this season, his tally still falls well behind that of 20-goal Salah at Anfield, albeit that the Egyptian plays in a slightly more advanced role under Klopp than the Spaniard does at Valencia.

The young winger seems like a very exciting prospect but, if he were to join Liverpool, it would be naive to expect him to adjust instantly to a formation in which he very rarely plays, or to harbour serious ambitions of quickly displacing a more established and more prolific right winger in Salah.

Liverpool fans, do you think Torres would be a good fit for the Reds? Is he a player you would like to have at Anfield? Comment below with your views!