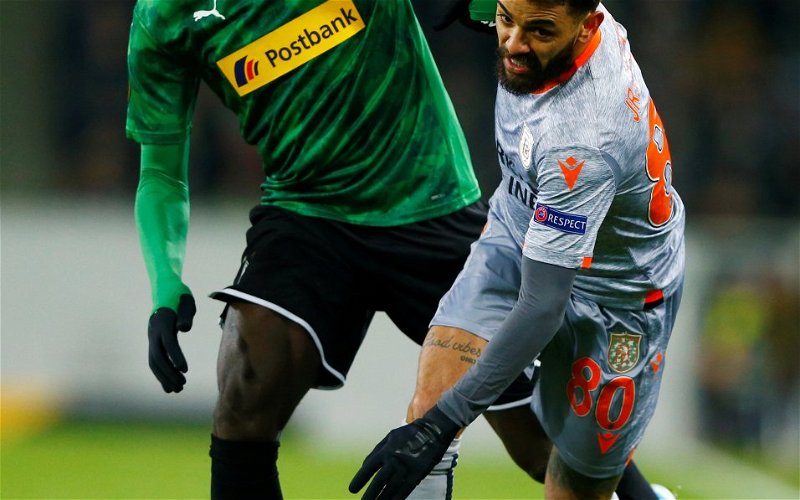 Liverpool have been linked with a possible summer swoop for two players from Bundesliga outfit Borussia Monchengladbach – one of whom could further push a hero of last year’s victorious Champions League campaign further down the Anfield pecking order.

According to Gladbach Live, Jurgen Klopp has his eyes on defensive midfielder Denis Zakaria and striker Marcus Thuram – the latter is the son of Lilian Thuram, who won the World Cup and European Championship with France in his playing days.

The France under-21 international has struck 10 goals and provided nine assists in 33 appearances for Borussia Monchengladbach this season. He has made 22 starts in the Bundesliga and played for a total of 2,485 minutes in the current campaign, averaging one goal per 248.5 minutes and an assist every 276.11 minutes. [via TransferMarkt]

Primarily a centre-forward, Thuram can also adapt to a left winger role with ease and has occasionally filled in on the right flank this season (as per TransferMarkt). Match averages of 1.8 shots and 2.3 successful dribbles hint at a forward who is not afraid to have a pop at goal when the opportunity arises, as well as one who is adept at taking on and beating opponents in order to open up such scoring chances.

As well as being comfortable with the ball at feet, the 23-year-old also possesses a threat in the air, which is not surprising for a player of 1.92m in height. He wins 2.8 aerial duels per game and has scored with his head on a couple of occasions for his club in 2019/20.

With Roberto Firmino emphatically the first choice centre-forward at Anfield, Thuram would likely need to settle for the role of backup if he were to join Liverpool in the summer. At the moment, Firmino’s main competition is Divock Origi, the 24-year-old Belgian who etched his name into Reds folklore with late goals against Barcelona and Tottenham in last year’s Champions League triumph but has still struggled to command a regular berth in Klopp’s line-up.

Origi has made only five Premier League starts this season and has had his game-time restricted to 1,239 minutes in all competitions. He has still managed five goals and four assists in that time, giving him averages of one goal per 247.8 minutes and an assist every 309.75 minutes. His goals-per-minute ratio is marginally better than Thuram’s, although the Frenchman has a better return for assists.

The Belgian has managed just 0.5 shots, 0.5 successful dribbles and 0.7 successful aerial duels per game this season – even allowing for him being largely reliant on substitute appearances, those figures pale in comparison to Thuram’s. The two forwards have broadly similar scoring returns but, with Origi’s lack of sharpness apparent when he started the FA Cup defeat at Chelsea last month (drawing criticism from many fans in the process), Klopp may look to Thuram as a more in-form alternative to Firmino. In turn, that could well make it even harder for Origi to feature and he may begin to look further afield for more regular game-time, especially with him turning 25 in a couple of weeks’ time.

Liverpool fans, do you think Thuram would be an upgrade on Origi as a centre-forward alternative to Firmino? Comment below with your views!