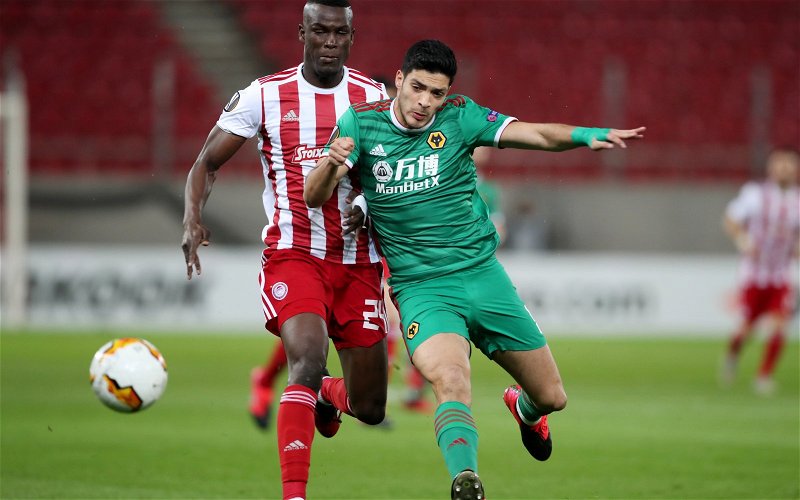 Liverpool forward Sadio Mane has recommended fellow Senegal native Ousseynou Ba to his manager Jurgen Klopp as a possible signing for the Reds, as per a report from Spanish media outlet Don Balon.

According to Don Balon, the Anfield club are reportedly eyeing a possible summer move for the Olympiakos defender as a potential centre-back replacement for Dejan Lovren, who has been tipped to leave the club later this year.

The 24-year-old has had to be patient at Olympiakos this term, rarely featuring before Christmas but managing to hold down a regular first team place since then. Although he did not play in their Champions League group campaign earlier this season, he had made an impression in their Europa League matches since the turn of the year. [via TransferMarkt]

Ba’s composure in possession was a standout feature of his performances against Premier League duo Arsenal and Wolves in his team’s continental outings. He completed 51 of his 53 passes (96.2% accuracy) in the home defeat to the Gunners and 64 of his 72 passes (88.9% success rate) in the 1-1 draw against Nuno Espirito Santo’s team. His passing success rate across the European campaign as a whole stands at 90%, an even higher figure than fellow centre-back Virgil van Dijk at Liverpool with 89.2% for the season so far.

In Olympiakos’ 2-1 win at Arsenal which sent them through to the Europa League last 16 at the Gunners’ expense, he gave a defensively accomplished performance which included one successful tackle, two interceptions, four blocks and a mammoth 10 clearances (as per WhoScored). Perhaps the one surprising drawback to his game is his limited aerial ability, despite standing at 1.92m in height. He has won only two aerial duels per game in his team’s European fixtures.

Ousseynou Ba seems like a good fit for Liverpool

While Ba’s Europa League outings offer a relatively small sample size of the traits that the player possesses, those performances suggest that he may be a good fit for Liverpool if the Merseysiders were to follow up on their reported interest in him.

His aerial shortcomings are compensated by the strength of the Reds’ current centre-backs in this regard. Joel Matip wins 5.1 headers per game while Van Dijk has won 4.9 aerial duels per game in the current campaign. While this may not be Ba’s strong suit, his excellent passing ability could further enhance Liverpool’s ability to play the ball out from the back, therefore making him ideally suited to the Reds’ style and ideally complementing the strongest traits of Matip and Van Dijk.

Mane’s apparent personal endorsement of him to Klopp also hints at the Olympiakos defender being a worthwhile transfer target for Liverpool in the summer, especially if they are unsuccessful in the pursuit of other centre-back targets such as Ben White and Diego Carlos.

Liverpool fans, does Ba seem like a defender who would fit in neatly at Anfield? Comment below with your views!