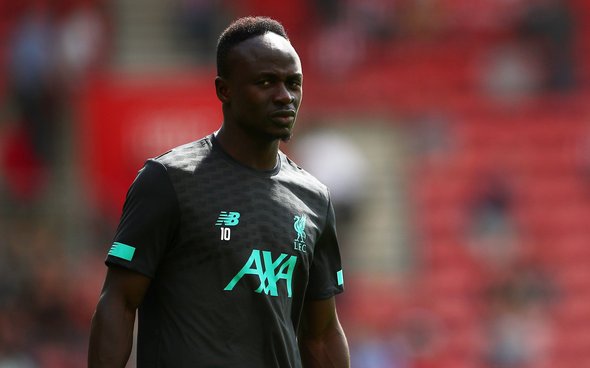 Sadio Mane has been an integral presence in Liverpool’s team since coming to Anfield four years ago – but even in 2016 it seemed at one point a transfer that was unlikely to happen.

In an interview with Alyson Rudd for The Times, the Senegal winger revealed that he and his agent were concentrating more on a possible switch to Manchester United in the early part of summer 2016 when he was at Southampton. However, Jurgen Klopp would ultimately splash out £34m (as per BBC) to bring him to Anfield, despite the Reds boss recently admitting that he initially had a poor impression of Mane, saying: “He looked like a rapper just starting out. I thought, ‘I don’t have time for this’.” [Sadio Mane: Made in Senegal, via The Mirror]

When asked by The Times if a move to Liverpool was initially on the cards four years ago, the 27-year-old said: “Not really. ‘We were thinking most about Manchester United. That was a tough time for me as I was on the bench so I was not thinking about anyone calling me, but I was pleased he [Klopp] did and was not thinking I was a rapper.”

The last four years have shown that Liverpool’s success in luring Mane to Anfield instead of him going to their arch-rivals may well have been a pivotal moment in the contrasting fortunes of both clubs since. At the time, the Reds might not have seemed an especially attractive club to join after their eighth-place finish in the Premier League meant they failed to qualify for Europe in 2016/17. Manchester United also had to be content without Champions League football that season but they had only just missed out on the top four, had won the FA Cup and had appointed a manager in Jose Mourinho with a trophy-laden CV.

Prior to that season, Liverpool had only finished above Manchester United in two out of 24 Premier League campaigns. Since Mane joined the Reds, they have looked down at them in the final standings twice out of three full seasons and will do so again once the current campaign finishes. While Mane has been a consistently high scorer for Klopp’s side, netting 77 times in 161 appearances, United have chopped and changed between attackers since 2016.

Zlatan Ibrahimovic was prolific for them with 29 goals in 53 games but stayed for less than two seasons. Similarly, Romelu Lukaku found the net 42 times in 96 games but left after only two years following a fallout with Ole Gunnar Solskjaer (as per The Guardian). Alexis Sanchez scored just five times in 45 games before being farmed out on loan to Inter Milan last summer.

While the Old Trafford outfit have tried several options without lasting success in trying to find the perfect attacking unit, Mane has fitted in seamlessly at Liverpool alongside Roberto Firmino and latterly Mohamed Salah. At first the Reds scored a psychological hit in signing him ahead of Manchester United; history has shown that landing him proved a major factor in consistently finishing above their rivals in the Premier League in recent years after so many years of inferiority.

Liverpool fans, how big a moment was it in 2016 when Mane chose to join the Reds instead of Manchester United? Comment below with your views!