On This Day (17 April): Liverpool cruise past Porto to set up classic tie against Barcelona 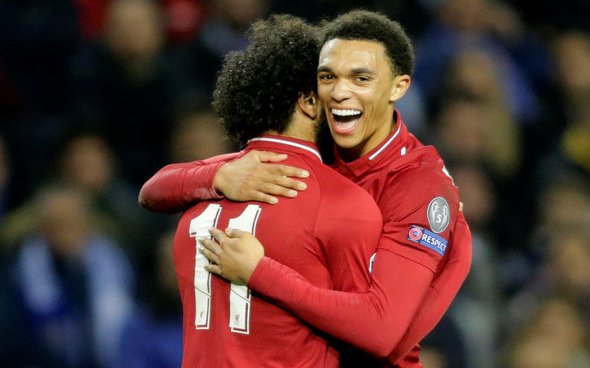 Fourteen months after Liverpool had demolished Porto 5-0 at the Estadio Dragao in a Champions League round of 16 clash in February 2018, the Reds returned to the venue with the chance to seal their passage to the semi-finals of the competition.

Jurgen Klopp’s side had the advantage of a 2-0 lead from the first leg at Anfield and were fresh off the back of a win by the same score against Chelsea to maintain their Premier League title pursuit. However, they came up against a Porto side who seemed determined to atone for their shellacking at home to the Reds from the previous season, and who had a 100% home record in Europe in 2018/19 to try and maintain.

Heavy rain had soaked the less than picturesque Estadio Dragao pitch and opportunties rained down on Alisson’s goal in the early exchanges. Indeed, Moussa Marega had five shots alone in the opening 20 minutes but failed to seize upon any of them; a more composed finisher may well have had Liverpool’s two-goal first leg lead wiped out by then, such was Porto’s dominance.

They were duly punished for that profligacy on 26 minutes as Sadio Mane turned Mohamed Salah’s scuffed shot into the Porto net. The goal was initially ruled offside but a VAR review saw that decision overturned and, against the run of play, Liverpool had their away goal and a hugely commanding lead in the tie.

Porto never regained their early momentum after that blow and, as the game entered the second half, there was already a sense that the tie was petering out to its inevitable conclusion. Alas, two goals arrived in quick succession midway through that second half. Salah capped off a swift counterattack to widen the margin further before Eder Militao headed in what barely registered as a consolation for Porto. As featured in The Redmen TV’s documentary ‘Let’s Talk About 6‘, some travelling Reds fans were so unperturbed that, as the stadium’s goal celebration number ‘This Girl’ by Kungs played out, they burst into their version of the song paying homage to Georginio Wijnaldum.

A 77th-minute Roberto Firmino header spread the gap again and meant that, for the second successive season, he, Mane and Salah had all scored away to Porto in the Champions League. The rout was completed on 84 minutes when Virgil van Dijk, who made an impressive nine clearances on a night when it wasn’t always plain sailing for Liverpool, finished to the net to make it 4-1. It was the second successive European away game in which he scored, having also found the net in the 3-1 victory at Bayern Munich in the previous round.

The visitors survived a rocky opening 20 minutes to eventually enjoy another stroll to victory at the Estadio Dragao and set up a semi-final tie against Barcelona. As you more than likely know, that ended with Liverpool overturning a 3-0 first leg deficit to win 4-0 on an unforgettable night at Anfield and send them to the final against Tottenham, where a 2-0 victory ensured the club’s sixth European Cup triumph – extending their record as the most successful English club in the competition’s history.

*Statistics and match details sourced from match report from BBC.

Liverpool fans, were you worried when Porto dominated the early exchanges of the game one year ago today? Where did this performance ultimately rank among the others on the Reds’ journey to Champions League glory? Share your thoughts in the comments section below!